For 100 years, Westmount has been storing away a hidden time capsule. It was lodged behind the facade of City Hall.

Exactly a century later, the city has decided it’s time to open it.

The first item pulled out of the box was a newspaper from the Montreal Daily Star, dated October 14, 1922.

“This is really cool,” Anthony Chiasson, a Westmount archivist, said. “As a historian archivist, it’s something we don’t encounter very often in our careers or our lifetime.”

Stored away in the copper box are photos, stamps and coins, including a gold $5 coin.

A copy of the city’s bylaws and charter were also placed inside. 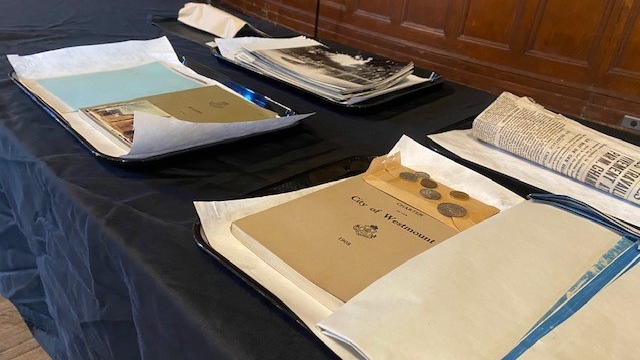 An old newspaper, stamps and coins are pulled out of a city of Westmount time capsule.

“It was in between the Great Wars. They too had a pandemic so it’s exciting to see,” Christina Smith, Westmount Mayor, said.

The cornerstone capsule was first discovered when ground penetrating radar was used. Eventually, a masonry company discovered the box nestled within a large piece of stone.

“This was done on purpose so that the box does not have weathering inside,” Chiasson said. “It is in the same condition it was when they put it in the box 100 years ago.”

Chiasson says it is rare to find a city time capsule, but there are plans for Westmount to create another one.

“It will be a capture of today’s Westmount for the people in 100 years to look at,” Smith said.

Outdoor enthusiasts: How to keep active and motivated during Canadian winter

The nation and the city of Memphis struggled to come to grips Saturday with video showing police pummeling Tyre Nichols -- footage that left many unanswered questions about the traffic stop involving the Black motorist and about other law enforcement officers who stood by as he lay motionless on the pavement.

Germany's ambassador to Canada says NATO will not become 'a party to the conflict' in Ukraine, despite several countries announcing they'll answer President Volodymyr Zelenskyy's pleas for tanks, possibly increasing the risk of Russian escalation.

Tyre Nichols was hospitalized after he was pulled over on January 7, police have said. Five Memphis Police Department officers, who also are Black, were fired after an internal investigation and are facing criminal charges, including second-degree murder.

With a deal under negotiation between Ottawa and provinces, and premiers invited to a meeting with Prime Minister Justin Trudeau in early February, the issue remains one where the Tory leader's position appears somewhat murky, including to some inside his own party.

Mass shootings have commanded public attention on a disturbingly frequent basis across the U.S., from a supermarket slaying in Buffalo, New York, to an elementary school tragedy in Uvalde, Texas, to a recent shooting at a California dance hall.