MONTREAL -- Around 500 small white flags symbolically dotted a portion of Bernard-Landry Park in Laval on Saturday morning to call on elected officials and municipal candidates in the upcoming elections to ban the cosmetic use of pesticides on their territory.

Vigilance OMG's initiative also included a congratulations for the City of Laval.

This spring, Laval became the first municipality in Quebec to ban the use of glyphosate and neonicotinoid-based pesticides on residential lawns and parks.

Vigilance OGM hopes that other municipalities will follow suit to avoid unnecessary exposure of the population to these products.

"If Laval has done it, it can be done in all other municipalities in Quebec. Laval is facing the same issues. There is no reason not to go ahead," said Laure Mabileau, head of Vigilance OGM's Exit Glyphosate campaign.

"The placement of the small white flags is reminiscent of those used to indicate that pesticides have just been sprayed on a field. It's a reminder of how high our exposure to pesticides is," said Mabileau. 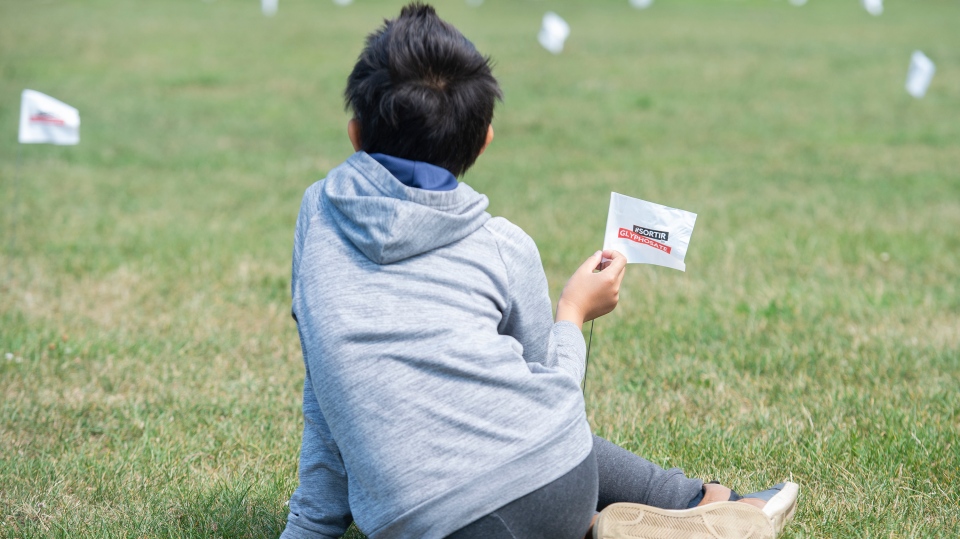 A young boy sits amongst flags highlighting the use of pesticides during an event calling for the ban of pesticides in Laval, Que., Saturday, July 31, 2021. THE CANADIAN PRESS/Graham Hughes

-- this report by The Canadian Press was first published in French on July 31, 2021.