Turcot ramp to close until end of 2017 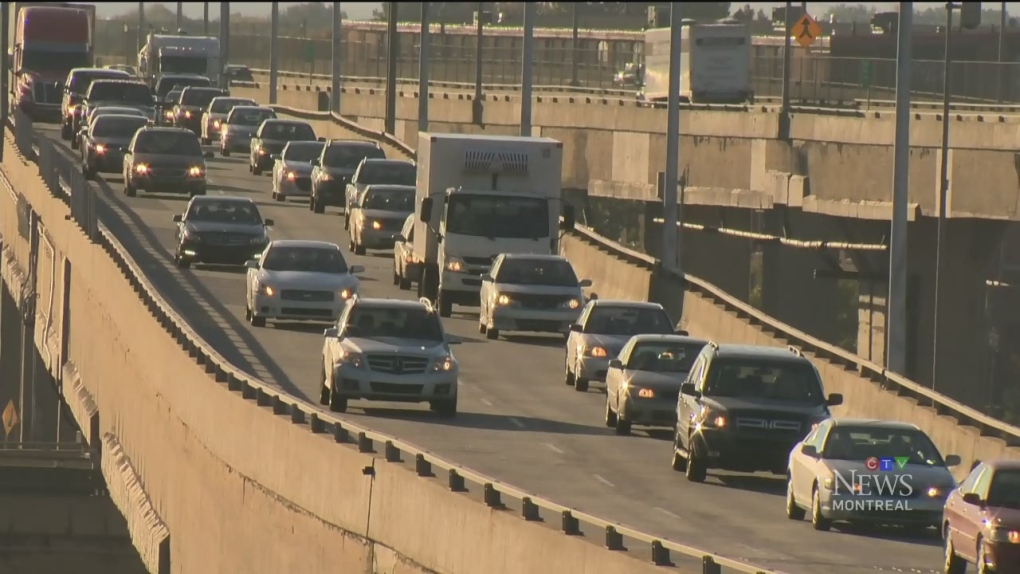 Quebec's Ministry of Transportation has confirmed the ramp that connects Highway 15 North to the Ville Marie Expressway will close on April 17.

It will remain closed for the next 20 months.

This comes as the northbound ramp for Highway 15 through the interchange, which was restricted to one lane on March 31, returns to its normal two-lane capacity on April 18. The Sherbrooke St. Exit will also re-open.

Transport Quebec says it is demolishing the eastbound ramp and building a new one as part of the rebuild of the interchange.

Drivers are being asked to avoid the intersection, to car pool, or to take public transit as the multi-year construction project enters a new phase with more major work planned.

Those who absolutely need to drive are being told to head west on Highway 20 until the Notre Dame/Angrignon Exit, and then loop around and go east.

Unlike past years, drivers are being told not to head north and loop around at the Cote St. Luc Rd. exit. That intersection has been swamped with drivers and is now normally subject to long traffic jams.

It's also not a prime detour because the ramp connecting Highway 15 South to the Ville Marie East is also undergoing construction, and will be restricted to one lane for most of the rest of the year.

Construction is also taking place on the 720 East this summer, and several exits and lanes will be eliminated -- at least temporarily -- as the elevated highway is shifted.

This summer crews are also working on the intersection of St. Remi St., St. Jacques St. and Pullman Rd., below the Turcot ramp that is being removed.