Thunderstorm to be followed by long, steady rain in Montreal

Montrealers were being told to brace for some potentially dangerous conditions Monday night, including very strong winds, hail the size of nickels to ping-pong balls, and heavy rain.

The warning, which even included a mention of possible tornadoes, ended before 7 p.m. Monday.

The bigger picture involves lots of rain for the entire region.

After an unseasonable stretch of summery warmth, Southwestern Quebec is getting ready to see steady rain through Tuesday. Environment and Climate Change Canada have issued rainfall warnings north of Montreal, where 50 to 80 millimetres of rain is expected. 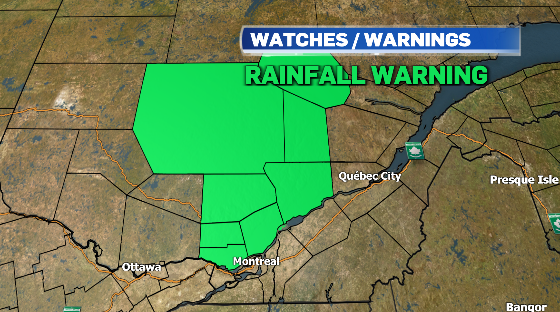 Rainfall watches and warnings in southern Quebec for May 16, 2022. 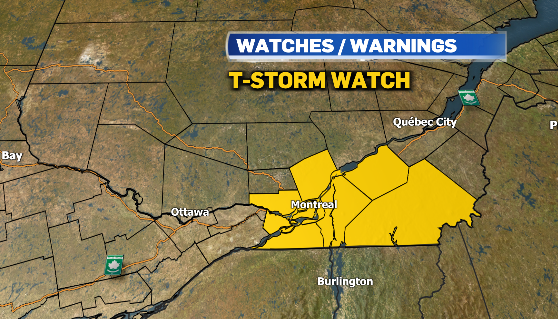 Montreal is expecting steady rain after the thunderstorm. The system could drop between 30 and 40 mm of rain in the city. 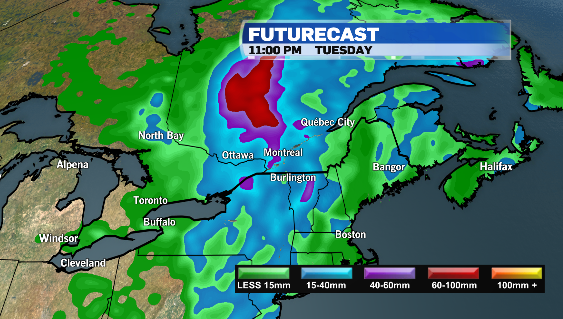 As the cold front sweeps through Monday night, strong westerly winds are expected to develop with gusts of up to 70 km/h, and temperatures will dip on Tuesday. 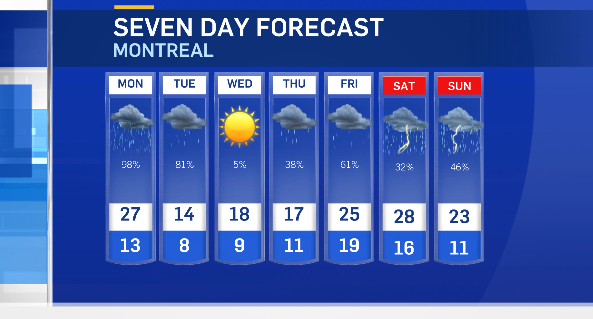 The seven-day forecast for Montreal starting May 16, 2022.

The daytime high in Montreal on Tuesday is expected to be around 14°, about 5° below seasonal. However the shot of cooler air will be brief as temperatures rise back into the mid-20s by the end of the week. 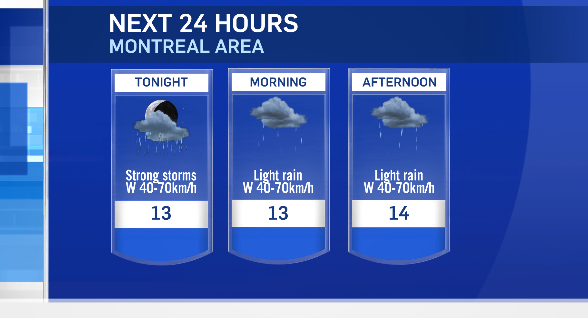 Montreal will get plenty of rain in the next 24 hours.

Montreal will see a wetter weather pattern this week, after a nine-day stretch of sunny, precipitation-free days from May 5 to May 13. The city also recorded its first official heat wave, with daytime highs above 30 degrees Celsius from May 12 to May 14, breaking daily temperature records all three days.

The man charged Tuesday with seven counts of murder for opening fire at an Independence Day parade in suburban Chicago legally bought five weapons, including two high-powered rifles, despite authorities being called to his home twice in 2019 for threats of violence and suicide, police said.

The Canadian Armed Forces (CAF) has released further details about what will and won’t be allowed under its revised dress code expected to be enforced starting this fall.