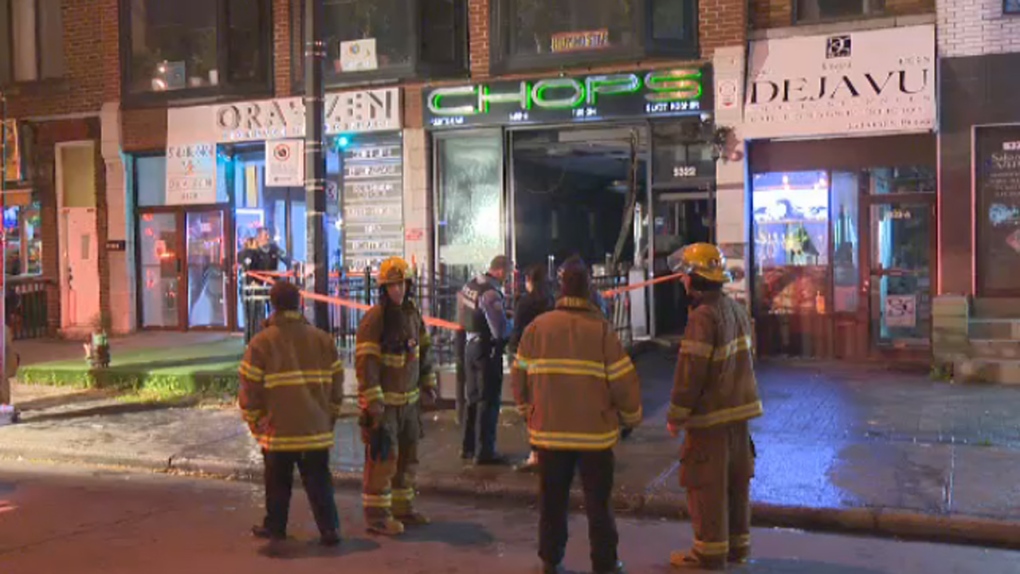 Firefighters stand in front of Chops Restaurant on Queen Mary Rd. Arsonists broke a window and threw a Molotov cocktail inside (Oct. 18, 2012)

The fire did not do much damage, but it did set off the restaurant's sprinkler system.

Chops has been the target of arson in the past. Just over two years ago someone smashed a window and hurled a Molotov cocktail inside.

This is the third Montreal restaurant in 24 hours to be hit by arsonists.

On Wednesday police said they believe the arson attacks at Bar Primetime and Cafe Ciociaro were linked.