Quebecers head to the polls, under half of voters have cast a ballot

Quebecers head to the polls, under half of voters have cast a ballot

Quebecers are casting their votes Monday after a five-week election campaign dominated by divisive issues like immigration, climate, the cost of living, health care, and Quebec identity.

CTV News has already declared Francois Legault's Coalition Avenir Quebec (CAQ) will form a majority government, but with many ballots still to count, there remains a lot of uncertainty for the next National Assembly.

The tightest race remains for second place, with other parties still neck-and-neck. The Liberals (PLQ) are projected to get 16 per cent of the vote, Quebec solidaire (QS) and the Conservatives (CPQ) are tied for 15 per cent, and the Parti Quebecois (PQ) at 14 per cent.

As for how that support will result in elected seats, the CAQ is projected to win 92 ridings, for a majority of the 125 total seats. The PLQ is projected to form a relatively weak official opposition with 21, QS is likely to win approximately nine, the PQ could take three, and despite popular support rivalling other parties, the Quebec Conservatives are not projected to send any candidates to Quebec City.

Here are some of Quebec's most hotly-contested ridings:

This riding in Montreal's southwest is held by Quebec Liberal Leader Dominique Anglade. Oct. 2 polls suggest a three-way split in support for the Liberals (30 per cent), the CAQ (27 per cent), and Quebec Solidaire (27 per cent).

It's an unusually tight race for the riding which has been long-considered a Liberal stronghold.

Parti Quebecois Leader Paul St-Pierre Plamondon is hoping to take a seat from the CAQ in Camille-Laurin, in Montreal's southeast.

Apart from being home to the PQ leader, this riding made headlines during the campaign after videos surfaced showing a QS candidate swiping her opponant's flyers from a mailbox. That candidate stepped down shortly after, leaving a tight race between the PQ and CAQ.

The Beace, which is actually two Quebec City-area ridings called Beauce-Nord, and Beauce-Sud, are at the centre of the newly-popular Quebec Conservative Party's base.

Polls suggest a very tight race against the CAQ in both ridings.

After going deep red in 2014, voters in the riding have turned their support to the CAQ and QS. Quebec Solidaire incumbent Sol Zanetti is defending his seat from CAQ contender Christiane Gamache -- and polls suggest the race is very close.

As of 5:30 p.m., just over 44 per cent of Quebec electors showed up at the polls both on election day and in advanced polling, according to Elections Quebec. 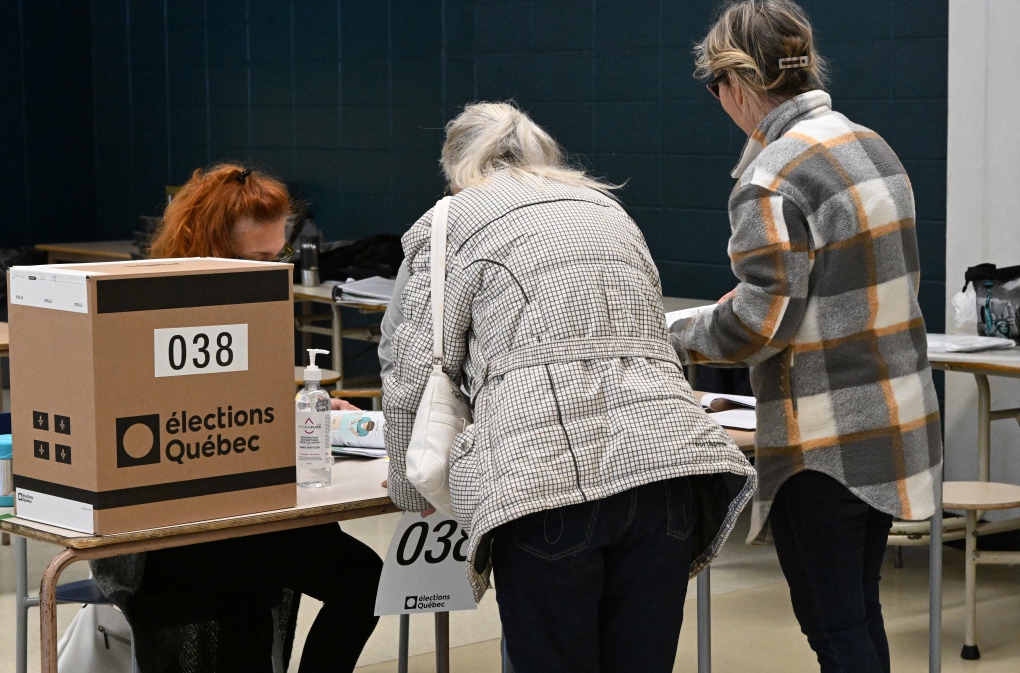 In the advance poll, a record-breaking 24 per cent of Quebec electors (over 1.5 million people) cast their votes.

Elections Quebec is expected to provide updates on the Oct. 3 voter turnout throughout the day.

The lowest voter turnout was in the following ridings: