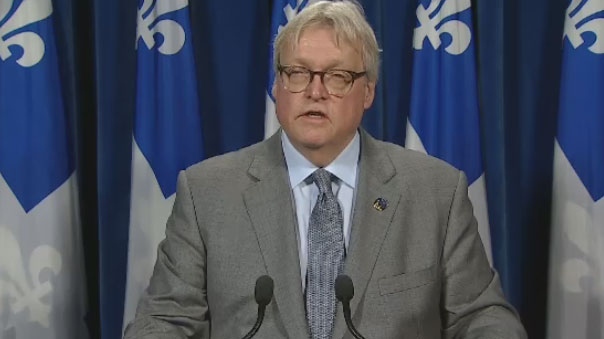 Health Minister Gaetan Barrette has introduced Bill 130, which would give hospital and health centre administrators the power to force doctors to work nights and weekends.

With the National Assembly headed into a Christmas break, Health Minister Gaetan Barrette tabled a bill aimed at getting doctors to work more.

Bill 130 would give hospital and health centre directors the power to force doctors to work at night and on weekends.

Doctors who don’t meet hospital requirements could risk being suspended.

“We’re saying to radiologists, for instance, you cannot shelve x-rays and let them sit for three months before giving a report on them,” said Barrette. “We’re saying to surgeons that you can’t come in at 10 o’clock in the morning and leave at 2. The operating room, the money that’s put into that, the personnel, has to work fluently and you’re part of it.”

The law would also require a physician’s license to be renewed every year instead of every two or three years and would be based on new criteria judging their performance, efficiency and availability.