Shots were fired in St. Leonard and three suspects are at large

MONTREAL - Gunfire late Tuesday evening at a commercial establishment in St. Leonard has led to a Montreal Police search for three suspects. 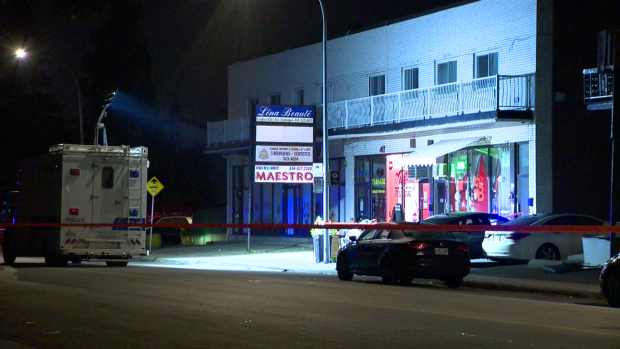 There were no injuries as a result of the shooting.

The SPVM reported that three people appeared around 11:30 p.m. at the commercial/residential complex on Robert Blvd. near the intersection of Narbonne St., and, according to the 911 call, fired shots and fled north through an alley.

The SPVM police officers arriving on scene found bullet holes on the building and shell casings on the ground.

Forensic identification technicians then began to examine the crime scene and dogs from the SPVM's K-9 squad searched the area. Investigators interviewed witnesses and will review surveillance footage.

This report by The Canadian Press was first published Oct. 9, 2019.