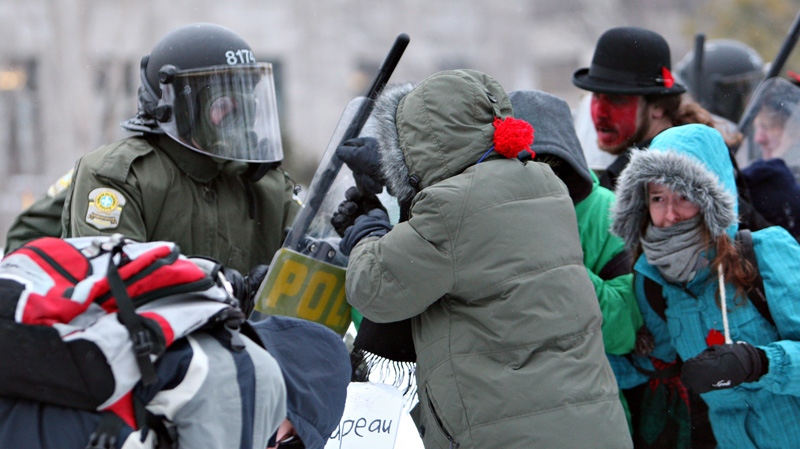 MONTREAL - Upwards of 200 students delivered 75 crates of homework to the Montreal office of Quebec's education minister on Tuesday, the protest was part of a campaign against the government's plan to increase tuition.

"We want to remind Line Beauchamp that she needs to do her homework," said the Federation etudiante universitaire du Quebec, the lobby group representing Quebec's university students.

Facing a provincial budget on March 20, the students are opposing a plan to increase tuition by $1,625 over the next five years.

"We want to remind minister Beauchamp today that her tuition increase doesn't hold up to scrutiny. All serious studies show that the $1,625 hike will impact the number of students sitting in classes," said Leo Bureau-Blouin, the president of the Quebec lobby group representing CEGEP students.

Bureau-Blouin cited a study ordered by the education minister which found that 7,000 university students could be forced to drop out due to the near doubling of tuition.

The representatives of up to 125,000 students at Quebec's universities and CEGEPs have voted to walk out in protest. At Concordia University, up to 30,000 students could vote to join the protest this week.