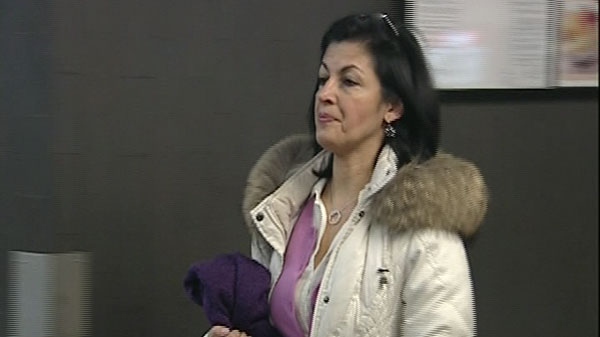 The Court of Appeal has found Mitra Javanmardi guilty of manslaughter

Quebec's Court of Appeal has found a naturopath guilty of manslaughter.

Mitra Javanmardi was acquitted of causing the death of Roger Matern by a lower court in 2015, but the Court of Appeal has overturned that ruling.

In 2008 Javanmardi was treating Matern, 84, for heart problems and she gave him an intravenous injection of magnesium and vitamins that was contaminated with bacteria.

He immediately began feeling unwell, and his family took him to St. Luc hospital where he died the next day.

Following that, police raided Javanmardi's offices and interrupted her in the middle of giving a patient an IV -- and police officers who knew her file demanded to know why she was once again administering treatments she was not permitted to perform.

The College of Physicians has fined Javanmardi on three occasions for practising medicine without a license, including giving injections.

Evidence presented during her first trial showed that Javanmardi knew she was not permitted to give injections and IVs, while a microbiologist testified that the substances Javanmardi was injecting were heavily contaminated with bacteria.

The Appeals court ruled that the lower court judge made an error in finding Javanmardi not guilty after recognizing that it was illegal for her to administer IVs, even if she had the training to do so.