Quebec's 10 p.m. curfew will be lifted on Monday

Quebec's 10 p.m. curfew will no longer be in effect as of Monday, Jan. 17. as officials predict the province's explosive Omicron is coming to its peak. The premier also said he hopes that restaurants and other venues will be able to open in the coming weeks.

"This means the measures we have put in place have worked."

The Legault government announced a 10 p.m. to 5 a.m. curfew one day before New Year’s Eve, catching many off guard just before the holiday.

The province also shut down bars, gyms, and indoor dining in restaurants as part of a suite of new measures in response to skyrocketing hospitalizations during the pandemic’s fifth wave. Those measures have not been lifted.

More stores, however, will be required to enforce the vaccine passport, the premier said. Businesses with more than 1,500 square metres will be subject to the vaccine passport as of Jan 24. The new measure will not apply to pharmacies and grocery stores.

"About 10 days ago, there was an exponential increase of infection,” said Legault, facing questions on the government’s handling of the pandemic.

“We set up exceptional measures, and 10 days later, we have better control of infections, and the increase has stabilized.” 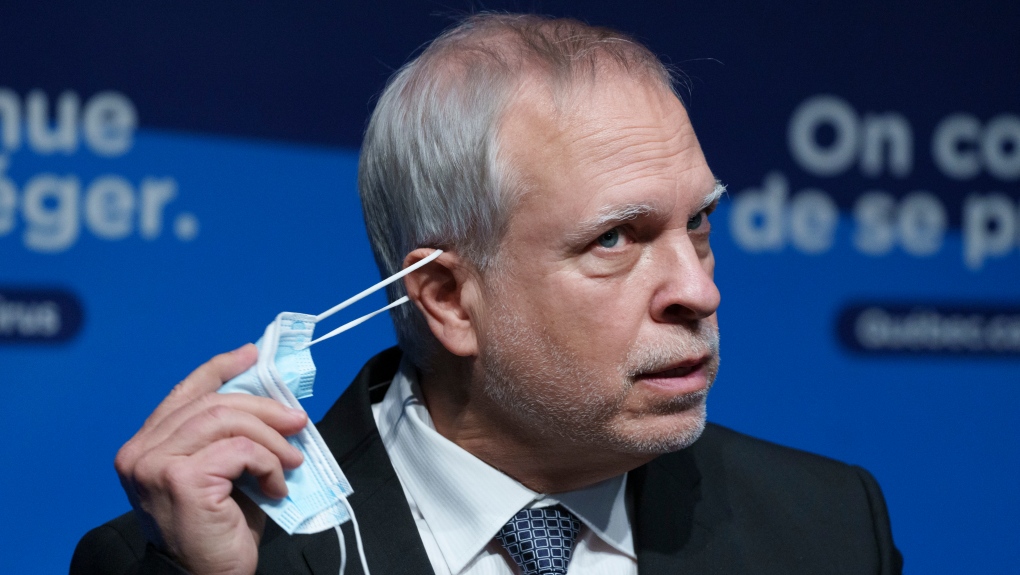 Positivity rates, however, have slowed considerably. On Thursday, the province's positivity rate was just shy of 16 per cent, about half of what was recorded just a week prior, when the rate was over 30 per cent.

However, hospitalizations have grown considerably through Quebec's explosive Omicron wave, and the worst is likely yet to come, the premier said.

"We have to remain very careful. The number of hospitalization is still very high, and will maybe continue to increase for the next few days," he said, predicting hospitals may see their highest rates of admission this weekend.

Officials continued to encourage Quebecers to be vaccinated. Even as Omicron infections spread rapidly among those vaccinated and unvaccinated alike, it still provides good protection against serious infection.

“Vaccination is continuing," said Legault. "It is the key in order to be able to live with the virus."

As of Thursday's public health update, people who get infected with COVID-19 are 6.9 times more likely to end up in hospital if they aren't vaccinated.

Legault admitted that Ontario’s third-dose vaccination rollout, allowing all adults to get vaccinated all at once rather than one age-group at a time, was better than Quebec’s, which is presently lagging behind in booster rates.