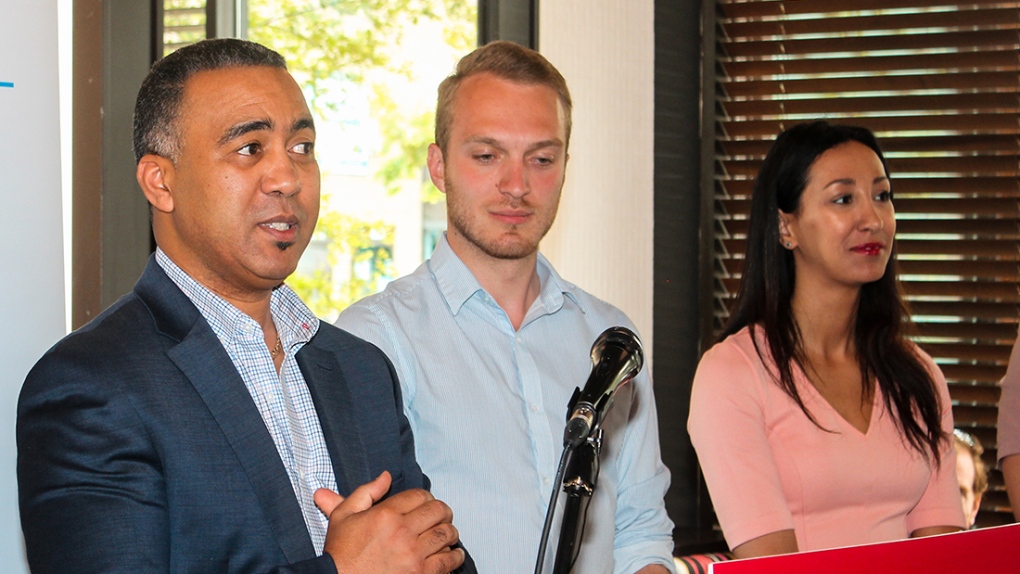 MONTREAL - The President of the Liberal Party of Quebec's Cultural Communities Commission (PLQ), Mohammed Barhone, says he is firmly opposed to the interculturalism proposal issued this week by the PLQ's Youth Commission.

In a Facebook message, Barhone argues that interculturalism would not defend Quebec's identity or the French language. Instead, he writes, it would lead to a division between the majority culture and minorities destined for assimilation.

In his view, interculturalism is fundamentally uneven and would lead to a hierarchy between Quebecers.

Barhone asserts that only multiculturalism guarantees equality between all communities and among Quebecers. In his opinion, this is the path to a harmonious, pluralistic and harmonious French-speaking society in North America.

PLQ Youth Wing President Stephane Stril proposed that a future Liberal government pass a law promoting a model of immigrant integration based on interculturalism rather than Canadian multiculturalism.

Mohamed Barhone was a PLQ candidate in Taillon in the last general election. He was defeated by Coalition Avenir Quebec (CAQ) candidate Lionel Carmant, who became minister for Health and Social Services.

Carmant raised controversy during the election campaign, saying in a speech that if the CAQ was elected, it would clean up immigration and that there would be no public service positions for women wearing hijabs.

The CAQ government has since passed legislation banning women who wear hijabs, as well as people wearing other religious symbols, from working as civil servants in a position of authority.

PLQ youth wing members will meet at Laval University for an annual conference at the end of the week.