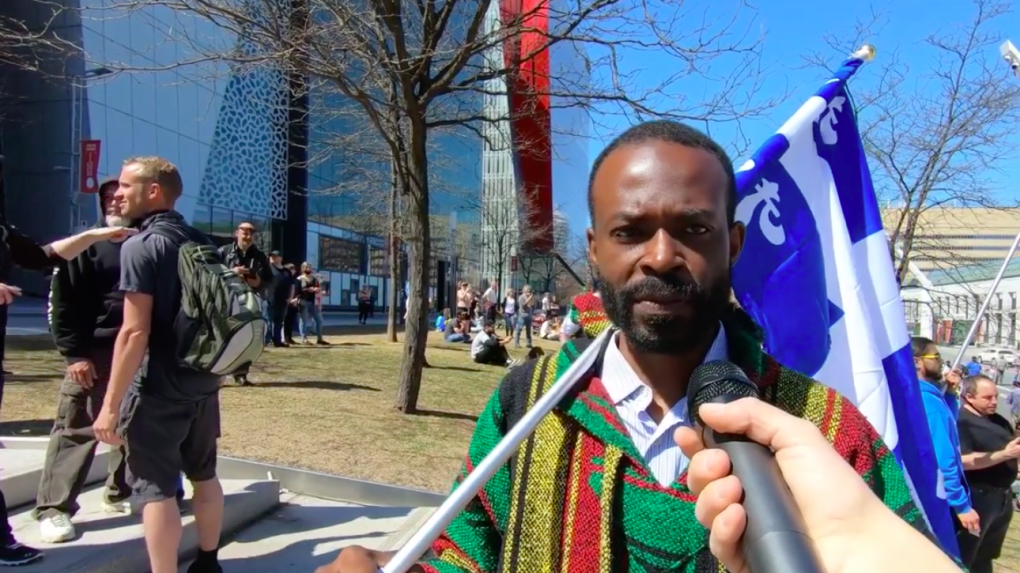 Militant anti-vaccine activist Francois Amalega will be back in a Trois-Rivieres courtroom Tuesday after being charged with breaking conditions of being within 300 metres of Quebec Premier François Legault on the weekend.

Trois-Rivières Police (SPTR) arrested the 43-year-old after he attended a protest Sunday in front of the Delta Hotel where the CAQ was holding its annual general assembly meeting over the weekend.

According to Crown prosecutor Stephanie Sleigher, Amalega represented himself in court Monday during a bail hearing and was held overnight for a second bail hearing.

"There was an objection to his release. That's why we're having a new hearing tomorrow," said Sleigher.

The charge of failure to comply with conditions of his release stems from a prior arrest in Shawinigan when he tried to arrest Legault.

A wave of buyer's remorse is taking shape in several heated real estate markets, after housing prices started dropping and the number of sales slowed over the last two months.

War wounds: Limbs lost and lives devastated in an instant in Ukraine

There is a cost to war — to the countries that wage it, to the soldiers who fight it, to the civilians who endure it. For nations, territory is gained and lost, and sometimes regained and lost again. But some losses are permanent. Lives lost can never be regained. Nor can limbs. And so it is in Ukraine.

NEW THIS MORNING | 'Please' before 'cheese': Answers to your royal etiquette questions

Etiquette expert Julie Blais Comeau answers your questions about how to address the royal couple, how to dress if you're meeting them, and whether or not you can ask for a selfie.

NATO Secretary-General Jens Stoltenberg said Wednesday that the military alliance stands ready to seize a historic moment and move quickly on allowing Finland and Sweden to join its ranks, after the two countries submitted their membership requests.

The existence of unmarked graves had been a 'knowing' among residential school survivors and Indigenous elders, but the high-tech survey findings represented confirmation for Canada.

Police say the Buffalo supermarket shooter mounted a camera to his helmet to stream his assault live on Twitch. The move was apparently intended to echo the massacre in New Zealand by inspiring copycats and spreading his racist beliefs.

Canadians in the dark about how their data is collected and used, report finds

A new report says digital technology has become so widespread at such a rapid pace that Canadians have little idea what information is being collected about them or how it is used.