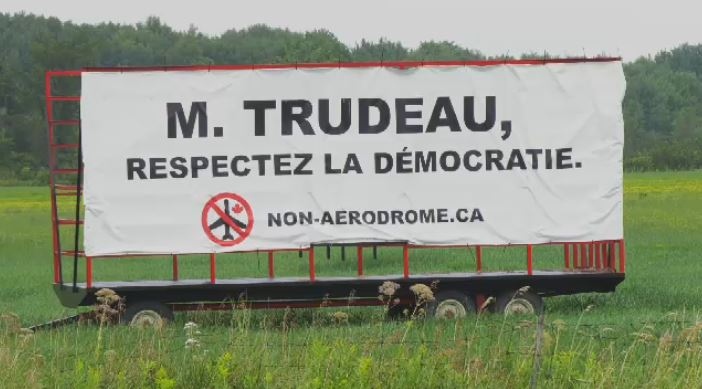 Ottawa blocked the construction of the proposed Saint-Roch-de-l'Achigan aerodrome following an overwhelming no voted against it in a referendum earlier this month.

Federal Minister of Transport Marc Garneau announced Friday morning the proposed project would not go ahead.

He cited 'gaps' in the consultation process and 'lack of clarity' about the impact on the community to justify his decision.

The referendum in the municipality of Lanaudiere came out almost unanimously against the project with 96 per cent voting against the aerodrome.

Aerodrome SRA wanted to relocate the Mascouche aerodrome to the area after it closed in 2016.

He believes that his citizens demonstrated that this project was against the public interest through the referendum.