The last major move to the MUHC’s Glen site took place Sunday, as about two dozen patients made their way over from the Montreal Chest Institute.

The Chest has been at its St. Urbain location for more than a hundred years and has a storied history – King Edward VII opened the hospital from England in 1909 with a push of a button.

“It was a miracle of science the way he opened up the hospital. It was covered in the press all around the empire,” said auxiliary Joan Ivory.

Ivory has been associated with the Chest Institute since 1973 and says the move is bittersweet.

“There's a great sort of conviviality among the staff and it's not a sort of a hierarchical place,” she said.

Just like when the Royal Victoria and the Montreal Children's hospitals moved, the staff at the Chest has been leaving behind their thoughts and memories with notes scrawled on the walls.

The staff at the Glen site worked hard to be ready for the patient transfer. The beds for the Chest Institute are on the eighth floor, while the outpatient facility is on the ground floor.

The real advantage of the move is patients will no longer have to be transferred to another hospital for other services, said Dr. Ron Olivenstein, director of in-patient services.

“If we needed a CT scan or if we needed consultants such as surgeons, or cardiologists or neurologists, now it's all in this building,” he said.

The MUHC also confirmed it successfully transferred 21 hematology/oncology and palliative care patients from the Montreal General Hospital to the Glen site. That transfer was carried out in about two hours and 45 minutes Sunday morning.

With the move of the Chest and some Montreal General services Sunday, all transfers to the Glen site are now complete. There will be an official opening event next weekend.

Historical Photos of The Royal Vic 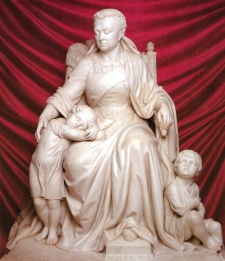 See the Move in Action

More videos about the MUHC