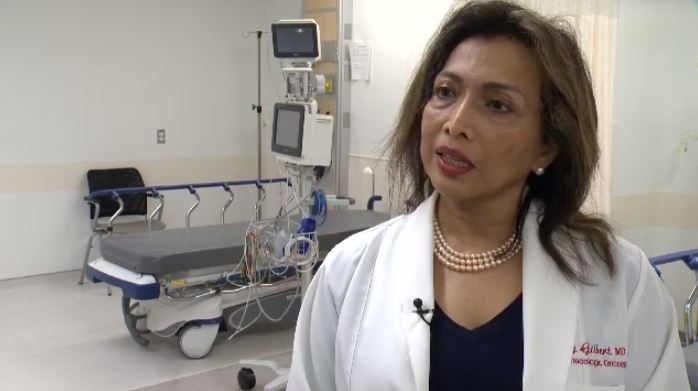 Dr. Lucy Gilbert, director of Gynecologic Oncology at the MUHC

As director of Gynecologic Oncology at the MUHC, Gilbert and her team have developed a test called PapSEEK that provides a safe and minimally invasive method to detect ovarian and endometrial cancers earlier than is currently possible.

“Just as you would have a pap test which is taken in the cervix, this is a pap test taken in the uterus. It generates a result, positive or negative. The vast majority, we want it to be negative, but if there is a small cancer hiding in the uterus tubes or ovaries, this is so sensitive it will pick it up microscopically and then we can deal with it and cure the people at the first shot,” said Gilbert.

Clinical trials are expected to begin in October.