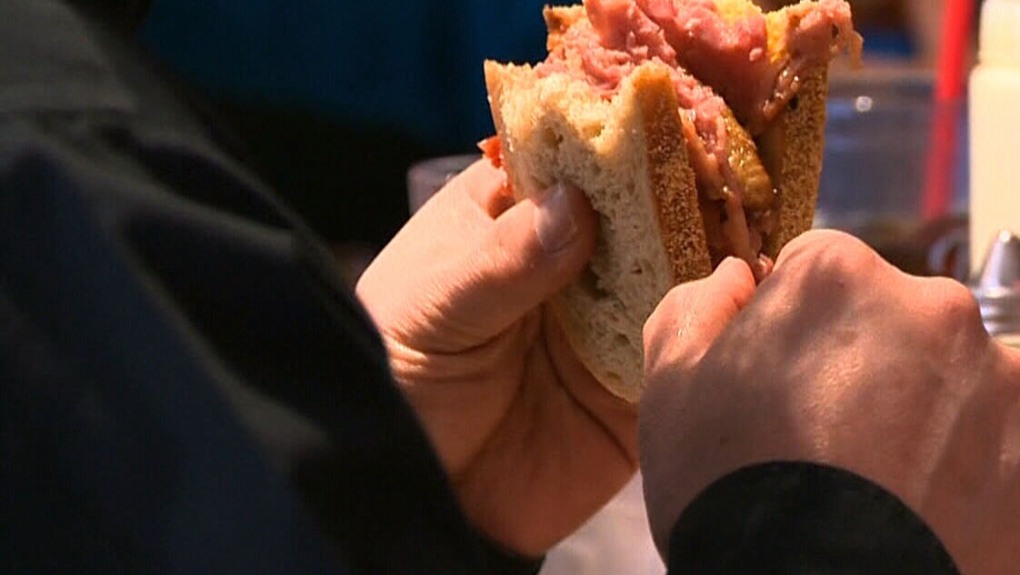 MONTREAL -- Deli 365 in Montreal's Outremont area has been found guilty of violating article 58 of the Charte de la langue francaise – thus landing it a $1,500 fine.

In a news release on Thursday, the Office Quebecois de la langue francaise (OQLF) said the restaurant received the fine in May 2019 and was found guilty in June of the following year.

"This restaurant had public signage and commercial advertising in a language other than French only, that is, in this case, in English only," the OQLF said in the release.

Article 58 of the charter states that signage on facades, boards and even on company vehicles must be in French – or in multiple languages as long as the French is most dominant.

The OQLF said it regularly asks businesses to adhere to the charter – but when they don’t comply, the file can be sent to the Director of Criminal and Penal Prosecutions.

“The OQLF ensures that French is the normal and familiar language of work, communications, commerce, business and administration,” the release reads.

“It enriches terminology and offers linguistic tools and services. It also ensures compliance with the Charter and monitors changes of the linguistic situation in Quebec.”

The Quebec government recently said it would like to extend its language laws in businesses to those under federal jurisdiction within the province. The change to Bill 101 would impact businesses such as banks and train companies -- and it has the backing of the Bloc Quebecois, the New Democratic Party and the Conservative Party.

If it were to go ahead, French would be the mandatory language in all businesses across the province with more than 50 employees.