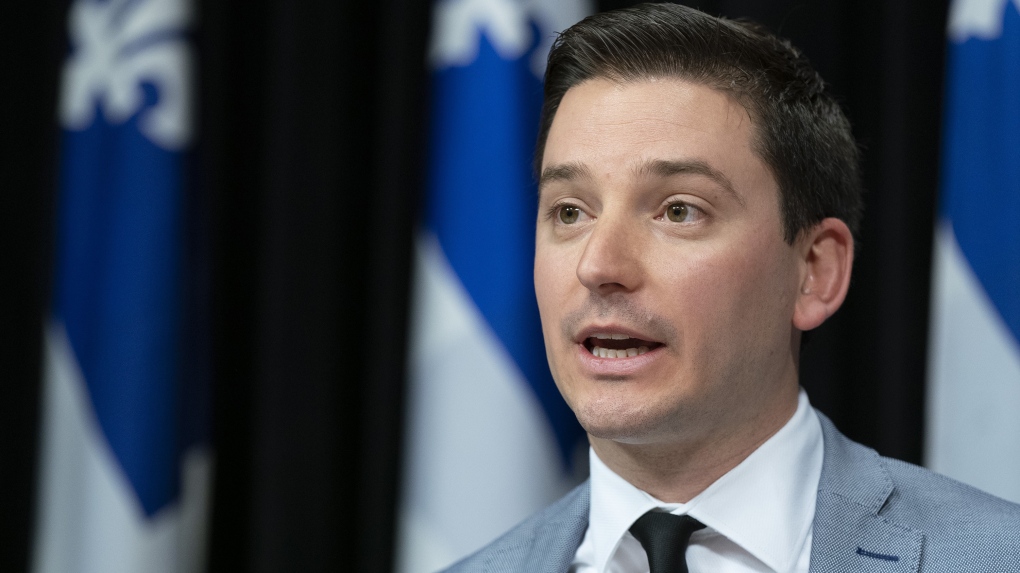 MONTREAL -- On the annivesary of the passing of a key piece of language legislation, a Coalition Avenir Quebec cabinet minister promised his party will act to strengthen the position of French within the province.

In the letter, Minister of Justice and Minister Responsible for the French Language Simon Jolin-Barrette hailed the passing of Bill 101, which came into law on Aug. 26, 1977.

Jolin-Barrette warned that “the fervor which in 1977 animated our gains has quietly given way to lukewarmness and hesitation, particularly in (Montreal).”

The miniter did not cite any specific proposals in the letter but said he is “concerned” about new data on the French language in Quebec. He listed social, economic and technological changes that he said threatened the place of French, especially in the workplace.

He called defending and promoting the French language “a historic responsibility for Quebec” and that French “is not a problem, but a solution.”

“This sacred union carries all the accents of the French language,” he wrote of Bill 101. “With it, our history, our culture, our hopes, our traditions, our institutions, our ambitions, our successes and, above all, our future.”

“Quebec was, is and should be Francophone,” said Jolin-Barrette. “This is a non-negotiable principle.”

“For 43 years, talking about Quebec has also meant talking about its language. This French language allows us to say who we are, everywhere in the world, and above all, who we want to be.”