Quebec's plan to expand Bill 101 has supporters in Ottawa, but language commissioner not one of them 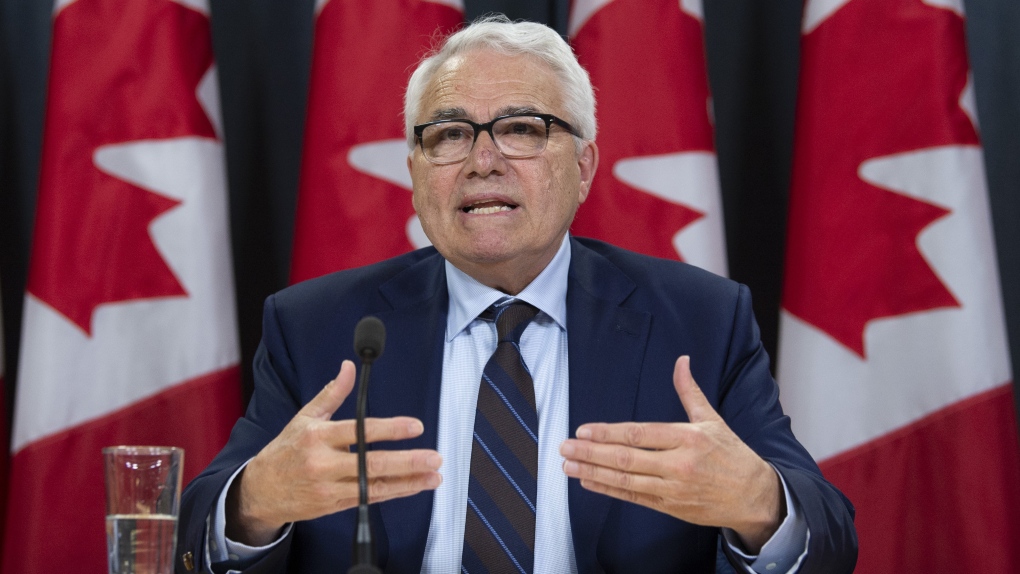 Official Languages Commissioner Raymond Theberge responds to a question during a news conference in Ottawa, Thursday, May 9, 2019. (THE CANADIAN PRESS / Adrian Wyld)

MONTREAL -- Canada's Commissioner of Official Languages expressed reservations about the desire of the Quebec government to extend the Charter of the French Language to businesses that are under federal jurisdiction.

“The question I ask myself is: what will be the impact of this decision?” said Raymond Theberge in an interview.

The plan to extend Bill 101 to companies such as banks or VIA Rail has the backing of the Bloc Quebecois, the New Democratic Party and, more recently, the Conservative Party. If it were to go ahead, the change would see French become the mandatory language for all businesses in Quebec with more than 50 employees.

The extension of Bill 101 will be included Minister responsible for the French Language Simon Jolin-Barrette's forthcoming action plan to strengthen French in Quebec.

Theberge said he would wait to see the final product before making a decision but served a warning to the Quebec government.

He added that the possible impact, which could include other provinces following Quebec's example and imposing English-only mandates on companies under federal jurisdiction, needs to be studied.

The Bloc has already indicated it will table its own bill on the issue, which it has done without success in the past. But this time, only Prime Minister Justin Trudeau's Liberals, who hold a minority government, appear ready to object.

In a Speech from the Throne given at the end of September, Trudeau's government said defending the rights of Francophones outside Quebec and Anglophones inside Quebec “is a priority for the government.”

“But the Government of Canada must also recognize the situation of French is special. The government therefore has a responsibility to protect and promote French not only outside Quebec, but also in Quebec.”