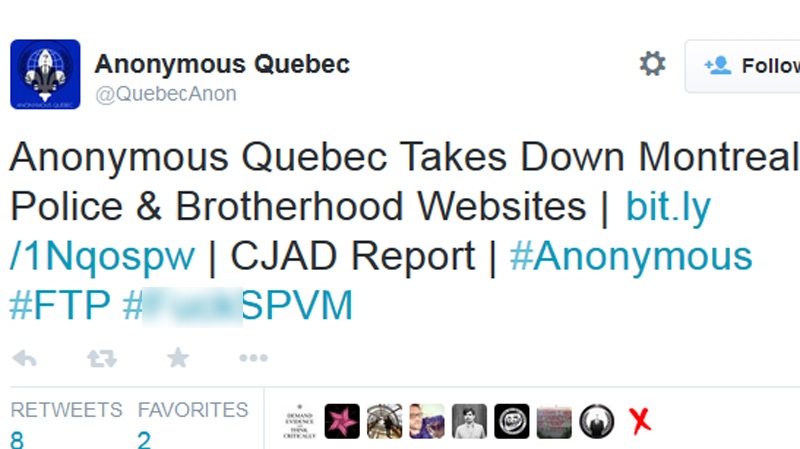 The Montreal police website is back online after it was hacked Friday night.

Police say no important information was put at risk as a result of the attack.

The attackers indulged in some poetic flourish in describing their work, which they say created a “a smoking crater in cyber space.”

“As a society it's time to question the wisdom of giving cans of poison to psychopaths hopped up on donuts & coffee,” Anonymous Quebec wrote on Twitter.

The Montreal police website offers information about missing people and other messages it seeks to convey to the public.