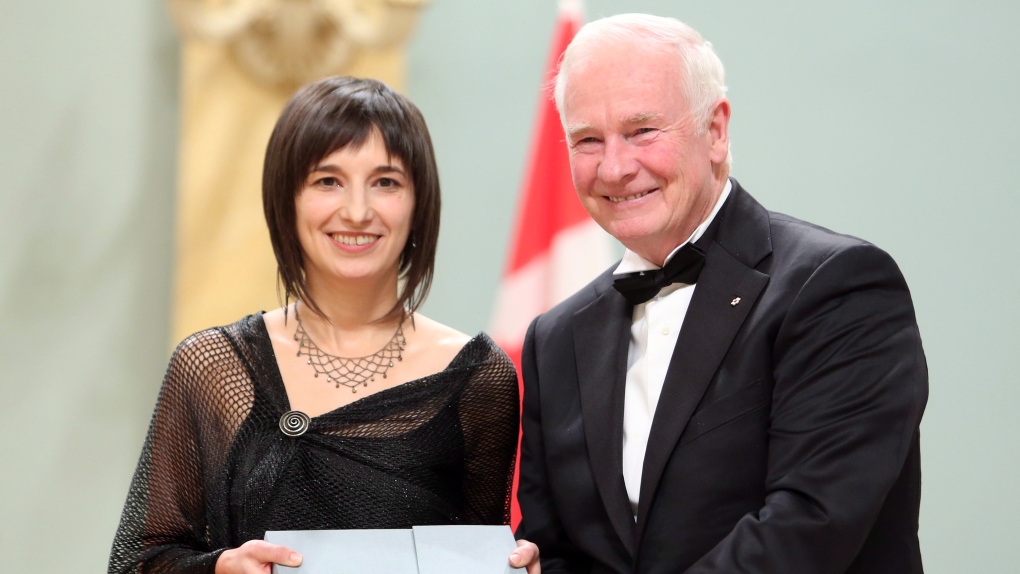 MONTREAL -- As a New Year's resolution for 2021, Élise Gravel has expressed the wish to work less, but that is not likely to happen.

Not only does the well-loved children's author and illustrator from Montreal have several books in the works, including one featuring a character inspired by Donald Trump, but she also spends a lot of time, between her many professional commitments, drawing to help the most vulnerable.

A little before Christmas, Gravel sold drawings of characters from her books to raise thousands of dollars which she gave to Centraide of Greater Montreal to help people in difficulty.

The Montreal writer is kicking off 2021 as she ended 2020: using her art to lend a hand to others.

On Jan. 21, she invited her social media followers to donate to the Old Brewery Mission in exchange for personalized designs, because she was "horrified by the way homeless people were treated" during the confinement.

The generosity of her admirers took her by surprise. Shortly after soliciting donations, Gravel posted an image of her hand in an ice bucket, explaining that she was overwhelmed by the requests.

A few days after making the appeal for solidarity, she told The Canadian Press that she was working "for two to three weeks, part-time, drawing personalized little monsters."

The initiative raised nearly $15,000 for the homeless. Several months ago, she had also used her art to collect donations for refugees.

"What I do best is drawings, and to think that I can collect money for others with that, it's absolutely great," admitted Gravel candidly.

Drawing potatoes on bicycles, insects with funny legs and little monsters in order to raise money for the less fortunate or to educate young people about different social injustices seems to have become a habit for the author.

Regularly, she offers posters free of rights to parents and teachers on social networks.

In the form of simple drawings or educational comics, the publications intended to be downloaded and printed deal with openness to difference, consent, racism and even climate change.

Without fanfare, the author was awarded the Rights and Freedoms award from the Commission des droits de la personne et des droits de la jeunesse in 2019 for her illustrations which, according to the jury, "help to deconstruct prejudices before even that they do not settle in children."

The jury said the posters "are shared virally and line the walls of schools in Quebec."

A CRAZY LITTLE DOG IN MY HEAD

In her most recent illustrated album, titled "Ollie," the 44-year-old author helps children identify and calm their anxiety.

Ollie is the name given to a "mad dog" which represents anxiety. This overly excited little dog can be calmed down with a magic leash. She had the idea to write this book when her daughter was young and was suffering from anxiety.

Ollie also represents the anxiety of the author, who has Attention Deficit Disorder and regularly experiences insomnia.

Gravel, however, manages to see anxiety as "something that can be positive," which helps her to "think outside the box."

"If I was too Zen I wouldn't feel the need to try and change the world. It's when I can't shut my eyes that the best jokes and ideas for books come," she said.

There is no shortage of ideas for books. The engaged author is thinking of "writing a book on how to make a book," and is finishing writing another on gender stereotypes and has just signed a contract to publish a comic book about disinformation and fake news.

"This is the book I can't wait to make because it's urgent!" she said.

"With QAnon, conspiracy theories, Donald Trump and the lies and all these people struggling to differentiate what's true from what's wrong, the fear of science is very, very, very dangerous for our societies," she said.

In the comic, which will be published in English in the United States before arriving on the Quebec market, she will use absurd humour as usual to denounce, but also to explain disinformation.

One of the characters in the comics will be a politician "who uses ridiculous lies to attack his opponents."

Gravel has not yet provided the name of this character, but she does not shy away from saying that he will be the alter ego of the 45th President of the United States.

Gravel intends to draw inspiration from Donald Trump's escapades for her next book.

However, among her resolutions for 2021, in addition to trying to work less, she had promised to read less about American politics. This second resolution is also likely to fall apart.