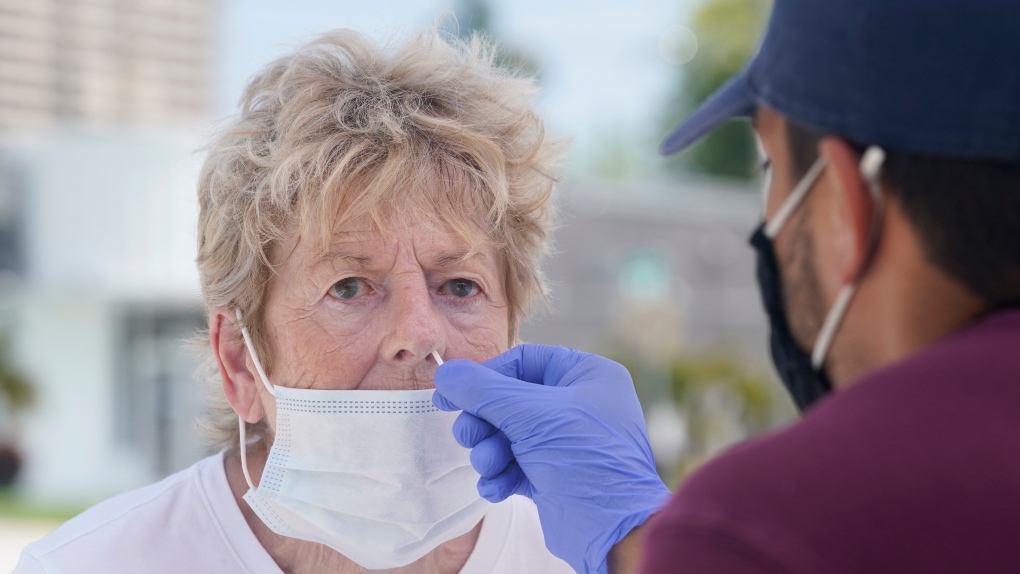 Quebec on Friday posted another drop in COVID-19 hospitalizations and especially in ICU cases, where a decrease of seven means that fewer than 40 people are now in intensive care for the virus.

The province also reported 10 more deaths and a slight uptick in health-worker absences, compared to Thursday.

Overall, in the province's hospitals, there are 27 fewer people getting COVID-19 treatment, for at total of 1,288.

Thirty-six people remain in ICU wards after three new admissions and 10 discharges. However, when the province tallies discharges, the number can also include deaths.

The number of health workers absent for COVID-related reasons crept back over 4,000 to 4,039.

The number of positive PCR tests dropped from Thursday's count to 590, and there were an additional 162 at-home positive results self-reported.

The positivity rate among PCR tests, a more reliable indicator of how much of the virus is circulating, has stayed relatively steady over the last two weeks and is currently at 6.6 per cent, which is just over the five-per-cent threshold the province used to use as an alarm threshold.

As on Thursday, the province recorded nearly 10,000 new vaccine doses, but three-quarters of them were fourth doses given to people over 60.

Third-dose coverage is still very low among younger demographics, and a third of the province's children aged five to 11 still have no COVID-19 vaccine at all.