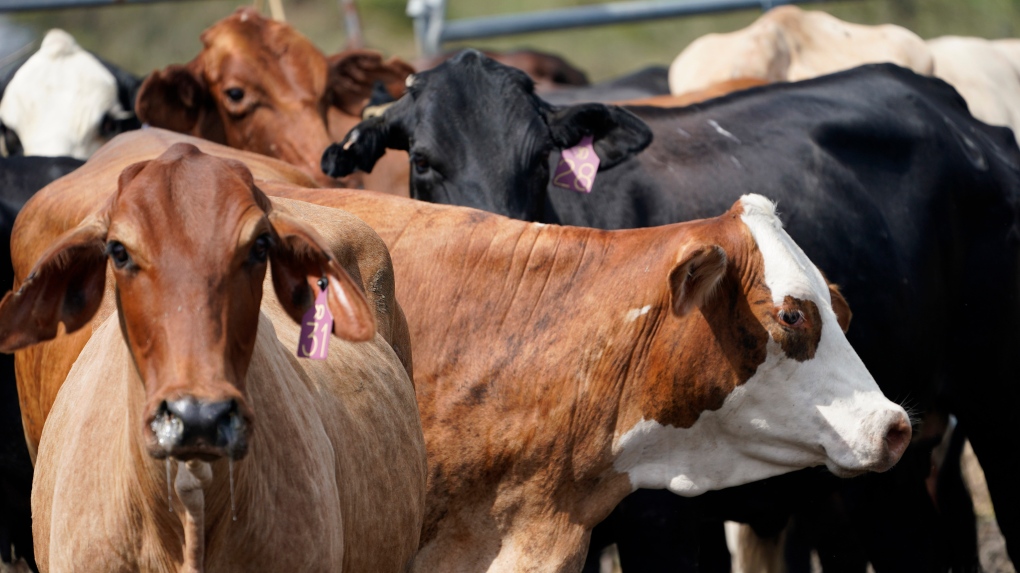 Quebec's Ministry of Agriculture (MAPAQ) said there is a team in the Quebec municipality of Saint-Severe to deal with cattle roaming loose in the area.

The ministry said in a news release on Saturday that its team is working with the owner who wants to recover his herd.

Mayor Jean-Yves S-Arnaud said that the 20 or so young animals jumped out of their field at the end of July and have not been caught.

"It should be noted that the successful recovery of the cows involves several factors, including their well-being, their geographic location, strategies to encourage the animals to move, and the safety of citizens," the MAPAQ said.

The runaway cattle is estimated to have caused $20,000 in damage to crops in the region.

The ministry is asking citizens who see any animals to not approach or touch them, so that they don't move.

"This is an exceptional event, the evolution of which may require additional actions," the ministry said.

Saint-Severe is about 36 kilometres west of Trois-Rivieres in the Mauricie region of Quebec.