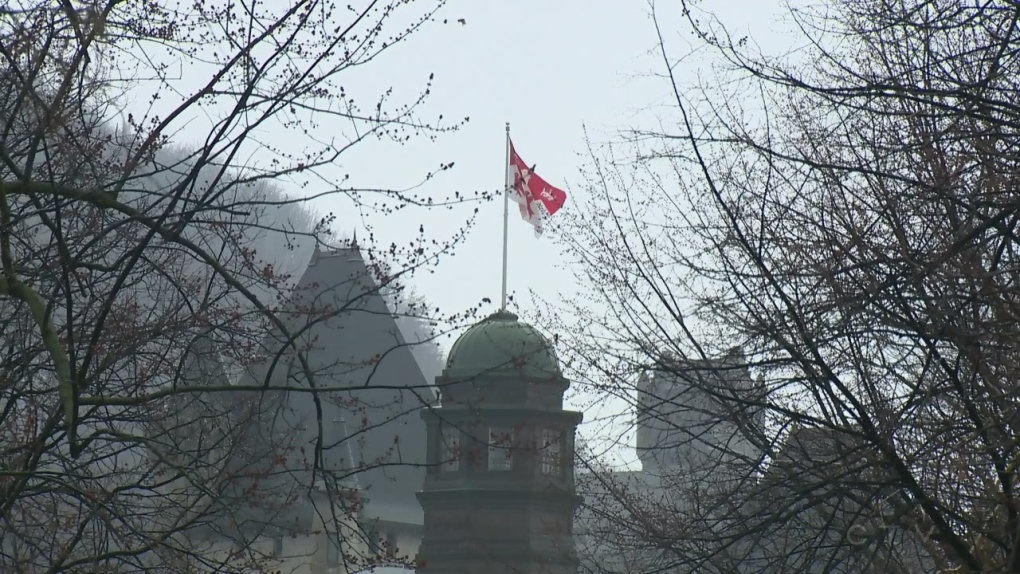 MONTREAL -- Anyone at McGill University who got their hopes up about getting the same COVID-19 holiday break as many other Canadian schools -- at least an extra week -- was disappointed tonight.

McGill announced in an email that it is delaying the start of the winter semester by just three days. In the last few weeks, nearly 10,000 students, staff and others have signed a petition asking for a longer break.

"This semester has been exhausting for students, professors, and administrators alike," the petition said. "The world has changed dramatically, and we ask that McGill act as such."

McGill's decision means that it will be able to end the winter semester on schedule.

The three-day change is meant "to reflect the exceptional demands of the pandemic," wrote professor Christopher Manfredi, McGill's provost, in an email Wednesday evening.

The campus will open "as planned on January 4," he wrote, but classes will now begin on Jan. 7.

Final exam dates have been adjusted, but the term will end on April 30, as originally planned, he wrote. The scheduled reading week break is also unchanged.

The plan was immediately panned by students and faculty.

One first-year student living in residence, Blair Jackson, said Wednesday evening that "the overwhelming majority [of students] think, if it's going to be three days, that's pretty useless."

A math professor, Louigi Addario-Berry, said it's "no way enough time, for the students or for the faculty," adding that he's "really worried for the mental and physical health of our students. This term was brutal for them."

He also pointed out that the campus reopening on schedule means "no relief for any other form of university staff: administrative, clerical, janitorial."

In their petition, students said there were big-picture logistics beyond student stress, especially pointing out the needs of international students -- a huge proportion of McGill's student body -- if they want to see their families.

"Many international and out-of-province students will be at a severe disadvantage if they go home, as the planned break falls 2 days short of suggested guidelines for a 14-day quarantine without even factoring in travel time," they wrote.

Not having enough time would jeopardize "the opportunity to return home to their family and support systems," read the petition, citing a study on mental-health concerns among college-age students in the pandemic, and noting that professors as well are struggling.

"This is especially pertinent for first-year students, many of whom have not had a chance to return home at all this semester given the fact that there was no fall break," the writers said, adding that the isolation of living in residence this fall has taken "a toll."

McGill's classes have all been online this semester, but there are still many students living in residence, though strict rules apply, including limits or bans on being able to invite other students into their dorm rooms.

The students noted that last year, because of how the calendar worked out, the break happened to be 16 days long -- still one day longer than the current plan.

OTHER CANADIAN SCHOOLS TO EXTEND LONGER

In the past few weeks, several Quebec universities have announced significant extensions to their breaks, including Concordia and the Université de Sherbrooke extending until Jan. 11, UQAM extending to the 14th, and the Polytechnique extending to Jan. 18.

Outside of Quebec, Carleton University and the University of Toronto have also both extended their breaks to Jan. 11, among some other universities.

Addario-Berry, the professor, said that McGill had more options than other schools, in a sense -- it could have shortened the semester more easily than most if it wanted to end on schedule.

"McGill’s semester is one week longer than at many Canadian schools, and many profs spend a week of their courses on optional or extra material anyway," he said.