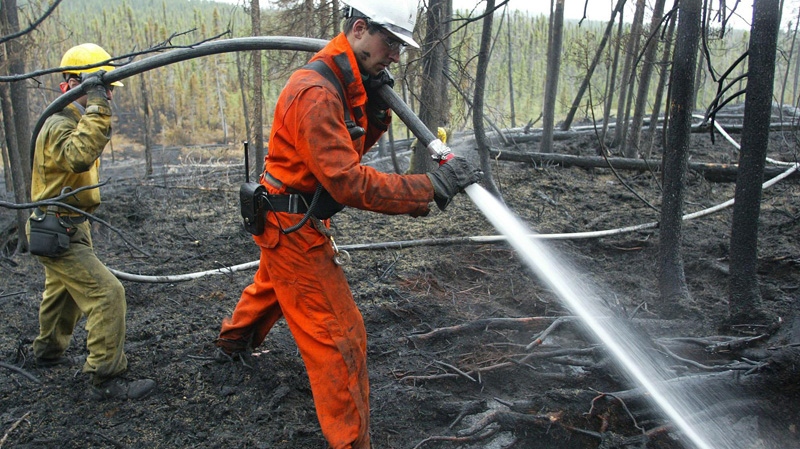 Since last Saturday, 64 fires have been recorded by the Societe de protection des forets contre le feu in the province. FILE PHOTO

SAINT-ETIENNE DES GRES, QUE -- While a ban on open fires is in effect across much of Quebec, a major forest fire raged on Friday in Saint-Etienne-des-Gres in Mauricie about 20 minutes north of Trois-Rivieres.

According to the Quebec provincial police (SQ), which assisted the provincial forest fire fighting body (SOPFEU), several evacuations took place since the fire broke out on Friday afternoon.

The fire was reportedly brought under control late in the evening after some residences were damaged.

The SQ did not report any injuries.

Firefighters from seven municipalities in the region went to the scene to fight the fire.

Since last Saturday, 64 fires have been recorded by SOPFEU in the province.

According to the organization, “the current meteorological conditions involve a fire danger reaching the ‘extreme’ level in most of Quebec.”

High temperatures, lack of precipitation and very low humidity levels could lead to fires over the next few days.

This report by The Canadian Press was first published May 22, 2020.