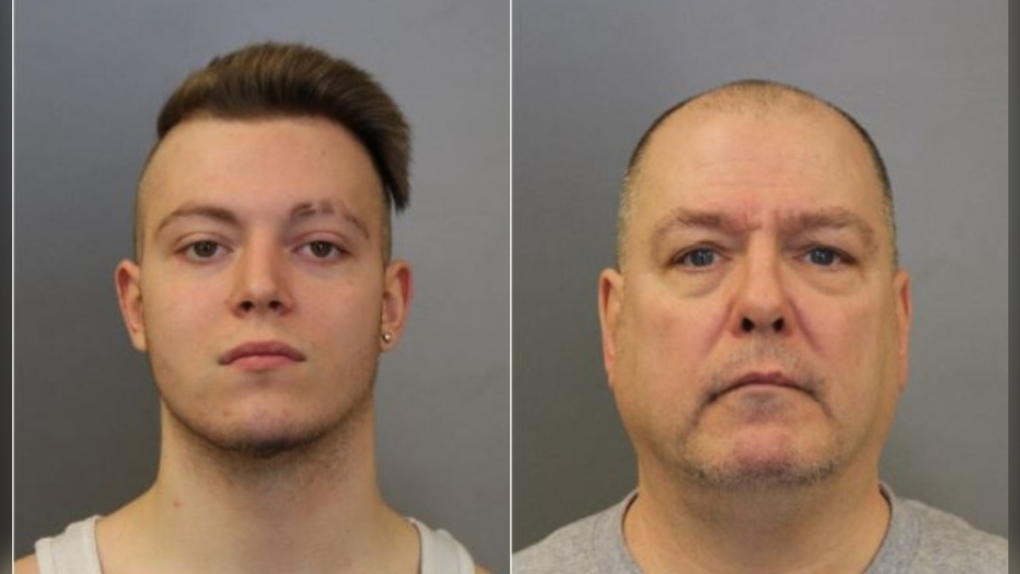 Alexandre (left) and Sylvain Frigault, a father-son duo accused of breaking into homes in Longueuil.

MONTREAL -- Longueuil police have arrested two suspects they say are responsible for a series of robberies.

The thefts began in November, the police force wrote. The robberies seemed connected, investigators thought, because they were near each other and happened in similar ways: a broken patio door or a shattered window; stolen jewelry, cash and electronics. Police also had information that suggested the suspects travelled on foot in each case, they wrote.

Officers staked out the neighbourhood for several nights and arrested the father-son duo in connection with the robberies. They will face charges in the coming days.

Several ostensibly stolen objects have been returned to their owners, the police force wrote.