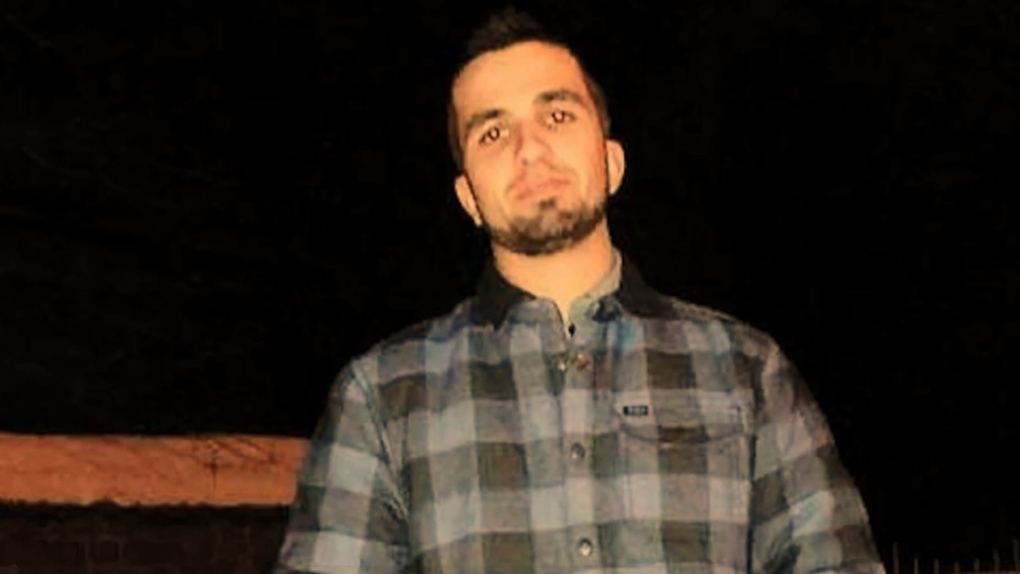 Jeremie Fortier-Grenier is on trial for the first-degree murder of his father Richard Grenier.

MONTREAL -- A jury has found a 26-year-old Montreal man guilty of first-degree murder in the death of his father in 2018.

Jeremie Fortier-Grenier showed no emotion as the jury foreman delivered the verdict Friday morning, which immediately comes with a sentence of life in prison with no possibility of parole for 25 years.

Richard Grenier was estranged from his son for at least a year, when he was contacted by the then 23-year-old on May 10, 2018 to patch things up. They met behind a building in St-Laurent’s technopark, but the convicted killer stabbed his father multiple times before throwing his body in a ditch. Fortier-Grenier then went into hiding at his father’s cottage near Mont-Laurier in Quebec's upper Laurentians.

While testifying in his defence, he tried to justify his actions by saying the conversation turned into an argument, and that his father grabbed him by the throat. But under cross-examination, the prosecution exposed a web of lies surrounding the lifestyle of the accused, who claimed he held several jobs, when in fact he was unemployed and sleeping in his car. Fortier-Grenier was carrying four hunting knives in his bag went he met with his father.

A week before the murder, Fortier-Grenier even told his then-girlfriend that his father had died in the war a year earlier, that he was about to inherit his father’s cottage and was set to go to the notary the very same day he killed father. Investigators also explained that in the weeks prior to the murder, the young man did internet searches with keywords such as “how to kill someone” and “how to cut someone’s throat.”