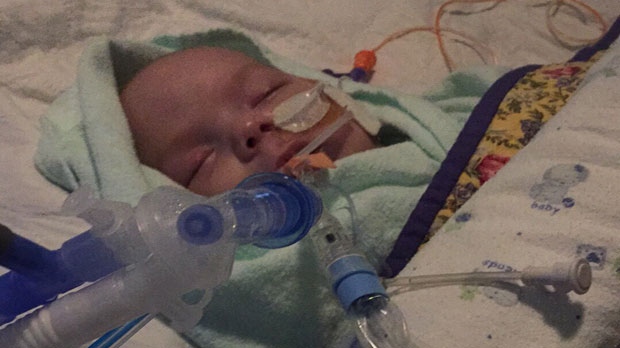 An infant who barely survived an accidental fentanyl overdose was released from the University of Sherbrooke Hospital on Sunday.

Zabryna Delaney’s daughter, Alysse, was prematurely born by C-section because she wasn’t receiving enough nutrients from the placenta.

On Dec. 19, Delaney took her daughter to the hospital after noticing that she wasn’t breathing properly.

The hospital staff then gave Alysse three times the required amount of fentanyl to combat the condition.

The incorrect amount was given based on the baby’s weight.

“This whole situation is indescribable,” Delaney said. “It’s shocking to know that my daughter entered the hospital for pneumonia...and it ended with her being treated for cardiac arrest.”

On Monday, the hospital said that an internal investigation is underway to determine exactly what happened, and the reasons why. A committee will have the task of making sure a similar incident does not happen in the future.

Alysse is now at home recovering with her family, but is still on medication.

“She has other medical conditions as well,” Delaney said. “She’s also withdrawing from the narcotics that she was under.”

Delaney is considering legal action against the hospital and has already contacted a lawyer.

“I sent the file to a law firm,” she said. “They’re now looking at it to see what my options are.”

The family has also set up a GoFundMe page.

Delaney and her spouse were unable to work during Alysse’s hospitalization, and have four other children as well.

Her advice to the hospital’s staff is to verify the dosages they give patients.

“Honestly, I’d tell them to double-check every amount they prescribe people to prevent these things,” she said.