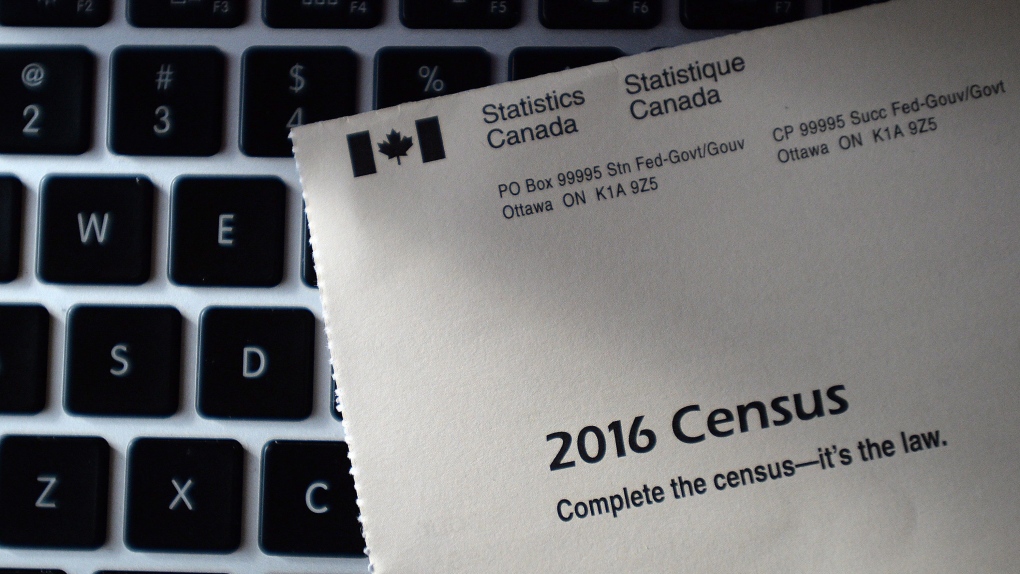 A Statistics Canada 2016 Census sits on the key board of a laptop after arriving in the mail at a home in Ottawa on Monday, May 2, 2016. (THE CANADIAN PRESS/Sean Kilpatrick)

Montreal's population has grown over the past five years, although it is not growing as fast as the Canadian average.

The 2016 Census showed that the population of the Montreal region increased by 4.2 percent, or 165,000 people.

4,098,927 people live in the city of Montreal and the surrounding region.

The Montreal area also has some of the highest population densities when comparing city to city.

The highest population density in Canada is in Vancouver, where 631,486 live within the 115 km2 that make up the city limits.

That equals 5,492.6 people per square kilometre.

Three Vancouver suburbs, the B.C. capital of Victoria, and the city of Toronto are fifth through ninth, while Hampstead rounds out the top ten.

Quebec has had population growth below the national average for the past 40 years, and its percentage of the nation's population has dropped from 28.9 percent in 1966 to 23.2 percent in 2016.

Average growth across Canada is 5 percent, and there are now 35,151,728 people living in the country

Highlights from the initial release of data from the 2016 census

Manitoba growth above national average for first time in 80 years

In Canada, dream of home ownership not so much far-flung as just far away