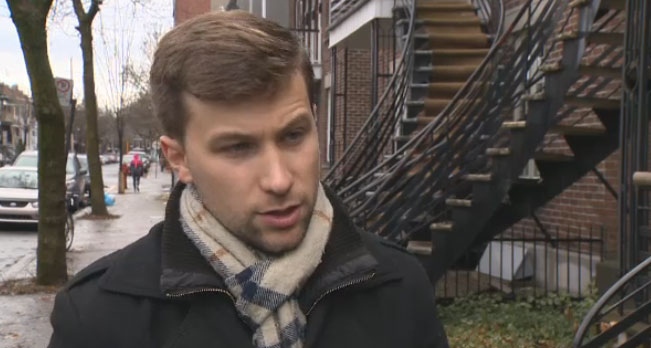 The Supreme Court is going to hear a court case involving one of the leaders of the student protest movement of 2012.

Gabriel Nadeau-Dubois was found guilty in 2012 of contempt of court for inciting students to ignore a court order guaranteeing students access to their classes.

That decision was overturned this past January by Quebec's Court of Appeal.

Now the Supreme Court is going to hear the case, with the Crown arguing that the Court of Appeal made an error by substituting its own assessment instead of respecting the evidence presented at a lower court.

Specifically, the Supreme Court is being asked to evaluate whether the Court of Appeal should have required the Crown to prove that Nadeau-Dubois had "specific" knowledge of the injunction.

The Crown is also arguing that it should have been up to Nadeau-Dubois's lawyers to introduce a challenge based on Charter rights, and not the Appeal court judges.

Tens of thousands of students took part in the "red square" protests of 2012, but students who voted against the protests were frequently upset when protesters stormed into classrooms.

Jean-Francois Morasse, a student at the University of Laval, won an injunction preventing protesters from interfering with his Fine Arts classes.

Nadeau-Dubois was charged with contempt of court after saying during a television interview that it was legitimate for protesters to form picket lines and stop students who had obtained injunctions from getting to their classrooms.