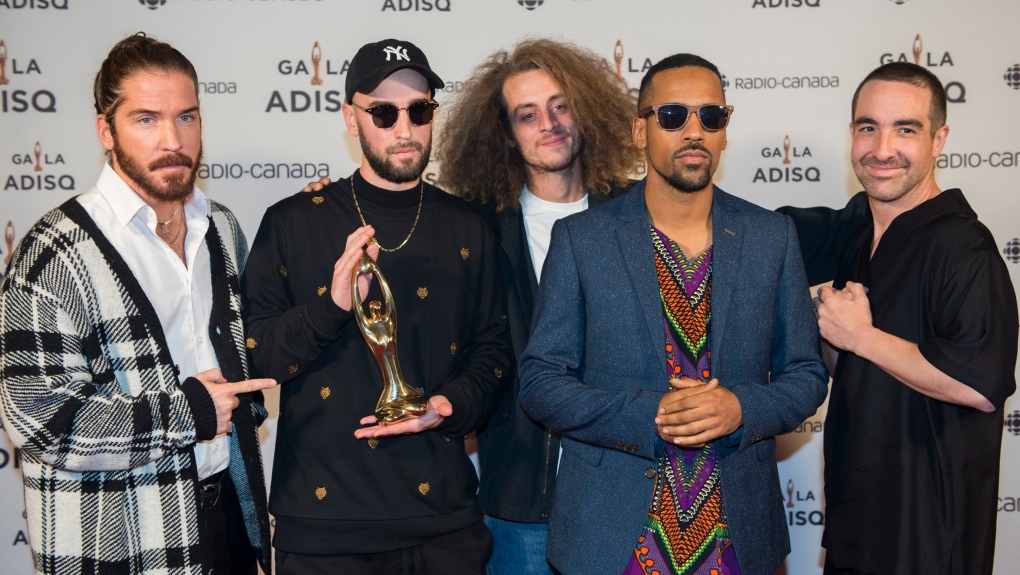 Alaclair Ensemble announced July 12 that they have kicked founding member Maybe Watson out of the group for an 'unacceptable story.' THE CANADIAN PRESS/Graham Hughes

MONTREAL -- The Quebec hip hop group Alaclair Ensemble announced Sunday that founding member Maybe Watson has been kicked out of the group after learning of an “unacceptable story.”

The nature of this story has not been clarified, but everything seems to indicate that it is part of the recent wave of reports of sexual violence.

“We are dissociating from him, we are without words,” reads a post on the group’s Facebook page.

A later post published an hour later adds that the group was “completely unaware” of the allegations raised before Saturday evening.

Also on Facebook, the record label 7ieme Ciel welcomed the “responsible decision that we unequivocally support.”