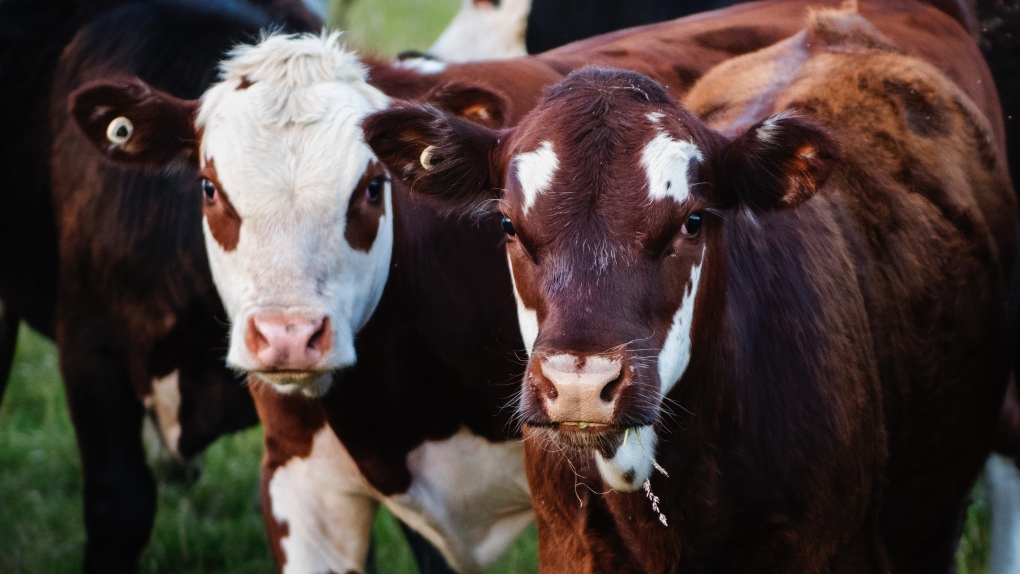 Quebec's farmers union says it's hopeful a herd of runaway cattle that have been wreaking havoc in farmers' fields near a small town in the province's Mauricie region will be captured soon.

Jean-Sebastien Dube, the spokesman for the regional federation of the Union des producteurs agricoles in Mauricie, said a small number of farmers are attempting to attract the animals with cattle feeders.

The feeders can trap the animals' heads, allowing them to be recaptured, he said in an interview Saturday.

"So once the cattle come to eat, they will be able to recover them at that time," he said.

The cattle approached the feeders Friday evening and while they hid during the day on Saturday, he said he's hopeful the animals will return to the feeders on Saturday night and eat.

However, he said the farmers are remaining patient.

"These are cattle who have been on the run for several months, who have returned to a wild state and who have not necessarily been in close contact with humans because they are young cows. So we have to be extremely careful and extremely meticulous in our operations to not scare them," he said.

Dube said the cattle may have been attacked by coyotes while they were on the run, making them more skittish.

Earlier on Saturday, the UPA issued a call for farmers to volunteer their skills and equipment in a recapture operation.

Dube said the organization doesn't yet plan to take advantage of those offers of assistance, but now knows what assistance is available if more help is needed.

The 20 or so young animals have been on the lam near St-Severe, Que., since they jumped out of their field in late July and have evaded previous attempts to recapture them -- including efforts by a team of cowboys from the nearby town of St-Tite, which is home to an annual rodeo.

Dube said he's worried about public safety -- some of the animals were seen in the middle of a road on Friday night.

The province's Agriculture Department, which describes the situation as "complex and unprecedented," said it has sent a team to the town to help develop a plan to recapture the cattle.

But Dube said the farmers have found themselves taking charge of the recapture operation and would like to see the government take a bigger role.

"There's really no authority that's present on the ground to co-ordinate the search and rescue operations," he said. "So, the message that sends is: we're leaving it up to citizens and producers to bring these cows back.

"It's almost as if we're saying that a house is burning and that we're going to leave the task of putting out the fire to the citizens and the agricultural producers, which seemed to us to be a little illogical."

The mayor of St-Severe, Jean-Yves St-Arnaud, told The Canadian Press on Wednesday that he had tried to call both the Agriculture Department and the province's Wildlife Protection service, but was told by both that they don't deal with breeding animals.

He said the cows have caused more than $20,000 in damage since the escape.

This report by The Canadian Press was first published Nov. 26, 2022.

Harry Styles won album of the year at Sunday's Grammy Awards, taking home the top honour on a night that Beyoncé dominated and became the ceremony's most decorated artist. Beyonce won her 32nd award, breaking a 26-year-old record. But as in years past, the album of the year honour eluded her.