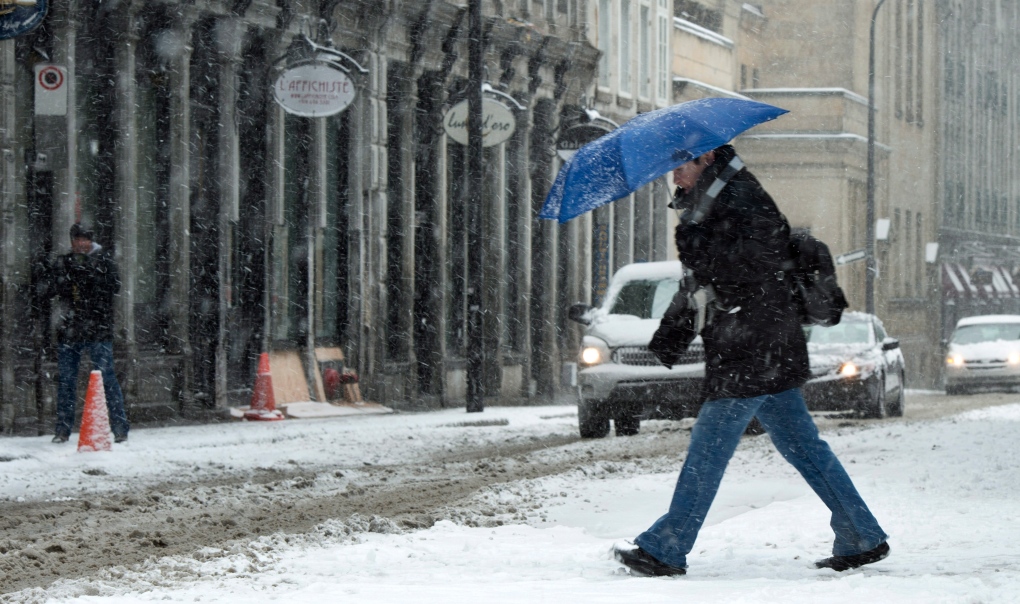 A Montrealer walks during a spring snow storm Friday, April 12, 2013 in Montreal. THE CANADIAN PRESS/Paul Chiasson

The City of Montreal has received 108 claims from pedestrians who were injured during a fall on the ice since the beginning of the cold season -- the highest number of complaints received in the last two years.

To obtain compensation, citizens must prove that the city was negligent in the maintenance of its streets or sidewalks.

However, these claims are often dismissed by the courts. Some citizens have successfully won suits, proving that city officials didn't do their job properly.

At the end of January, municipal administration admitted that a snow removal operation was launched later than it should have been - relying instead on mild temperatures to melt the snow and ice that accumulated on the sidewalks.

This admission could be included as evidence in future court claims.