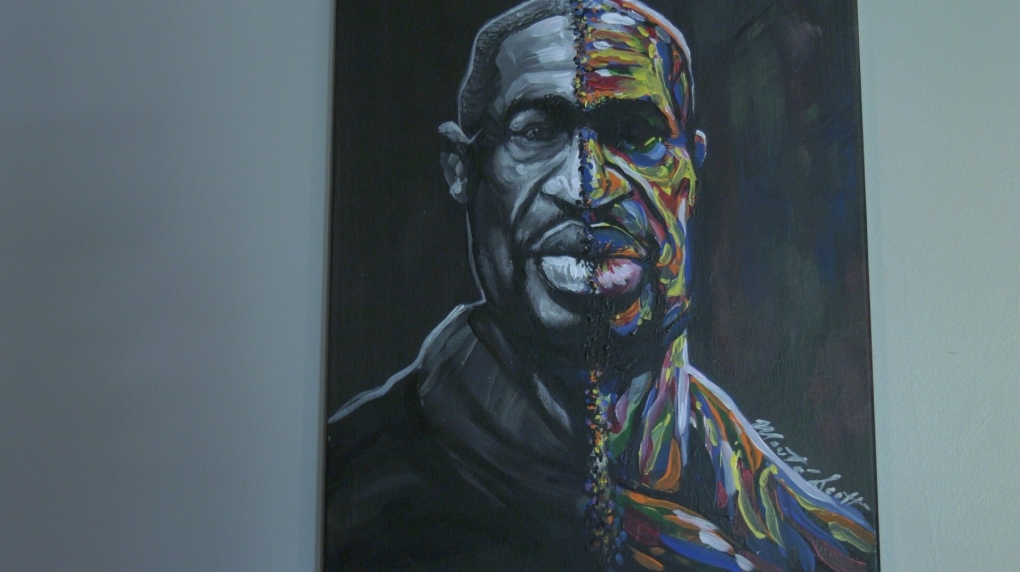 MONTREAL -- Montreal's official opposition party is set to table a motion asking the city to ban its police force from using intervention methods that could lead to strangulation.

The motion, which Ensemble Montreal will table during the City of Montreal’s next municipal council meeting, comes in the wake of the murder of George Floyd, a Black Minneapolis man who was killed in police custody in May. An officer knelt on his neck for around nine minutes until he died.

"If there’s one thing we should take away from the events that caused Mr. Floyd’s death, it is the need to review police intervention techniques, particularly those that can lead to strangulation," said Mr. Abdelhaq Sari, the vice-president of the public security commission and spokesperson for Ensemble Montreal on police matters.

In June, a coalition of 27 rights groups and three elected officials called on Montreal to ban police from using tear gas and chokeholds in the city.

The group says chokeholds have been banned in several cities in America, as officials admitted the practice was too forceful following violent arrests.

"There are simply too many deaths," said Tiffany Callender from the Cote-des-Neiges Black Community Association in a statement at the time. "The ban (on chokeholds) shines the light on police violence and means police must use less brutal means of restraint."

There are two types of control techniques involving the neck recognized by specialists, Ensemble Montreal says: the chokehold, which involves the respiratory system, and a vascular technique that does not. The first method was banned in 1979 by the RCMP because it was too dangerous, and the province of Ontario followed suit nearly 30 years ago.

The vascular neck technique – taught by Quebec’s provincial police school – is used to cause loss of consciousness by pressuring carotid arteries, rather than involving the respiratory tract. But Ensemble Montreal says the technique is still risky, as a police officer without adequate training could end up in the chokehold position instead.

The Service de police de la Ville de Montreal said in an emailed statement to CTV News on Tuesday that its “officers are trained to always adapt their techniques and strategies according to the intervention in which they participate.”

“Well applied in a context and under specific circumstances, the neck technique allows a suspect to be overpowered with a greatly reduced risk of injury compared to the use of some of the intermediate weapons,” the force said, adding that the technique is part of the country's national use of force framework. "The SPVM therefore does not question its current use."

"Why risk committing the irreparable?" asked Alain Babineau, a retired RCMP agent who supports Ensemble Montreal’s position. "These techniques are from another era. Police today have a variety of devices to subdue an individual without necessarily resorting to hand-to-hand combat (…) Unless an extreme case where the life of the police officer is in danger, I see no reason which justifies, in 2020, the use of a control technique which, poorly executed, can cause respiratory strangulation."