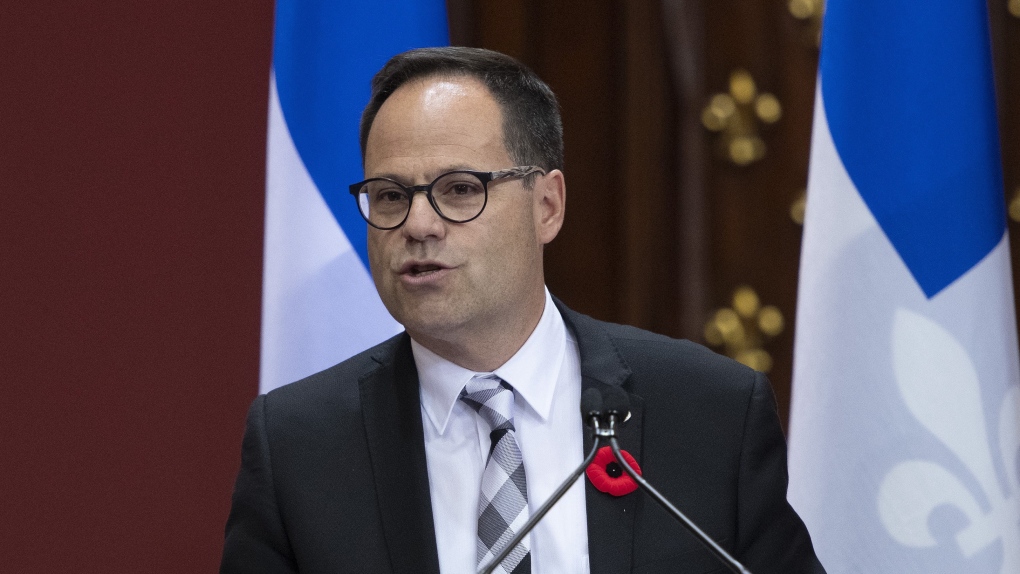 MONTREAL -- The former president of the Union of Quebec Municipalities (UMQ) and mayor of Drummondville, Alexandre Cusson, will officially launch his campaign for the leadership of the Liberal Party of Quebec (PLQ), Sunday morning, at the Quebec Aquarium.

Cusson will leave Drummondville city hall on Jan. 31, a position he has held for six years since November 2013.

The 51-year-old confirmed his candidacy last November at the PLQ general assembly in Sherbrooke. He described himself as a Quebec nationalist proud of being a part of Canada.

Cusson must prepare for a battle in the race to succeed former leader Philippe Couillard. He will face the member for Saint-Henri-Sainte-Anne, Dominique Anglade, who was the first to announce her candidacy and whose team has been active for quite some time.

The future party leader will be elected by the members on May 31, during the PLQ leadership conference at the Quebec City Convention Centre.

This report by The Canadian Press was first published Jan. 26, 2020.