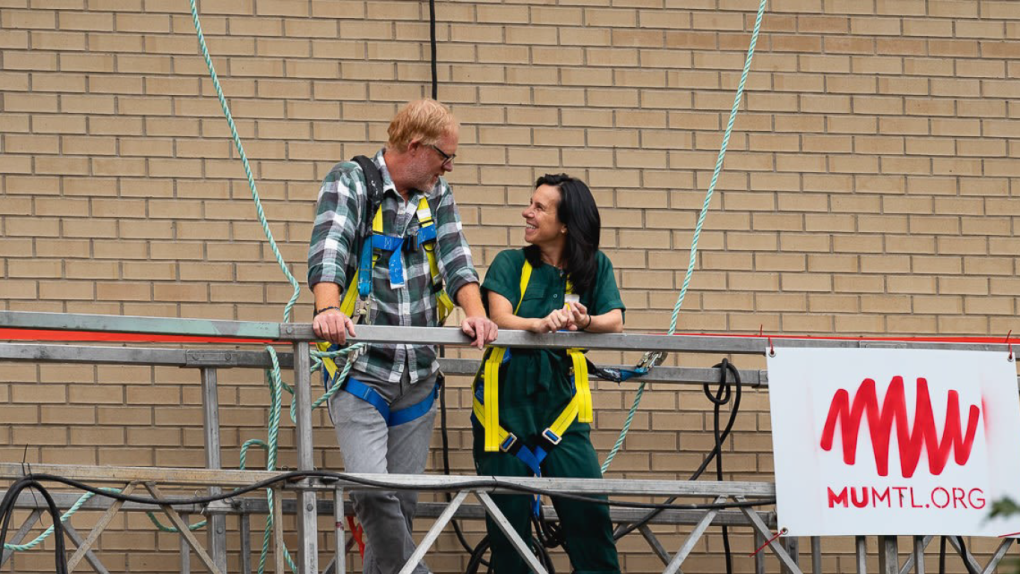 Another mural will be added to the canvas of downtown Montreal this fall, with a project honouring Jean-Paul Riopelle to be displayed at 625 Milton St. near McGill University.

The mural, designed by Quebec artist Marc Séguin, will be completed just in time for what would have been Riopelle's 100th birthday.

Riopelle was a Montreal-born painter and sculptor whose abstract art style gained international recognition in the 20th century.

To honour this legacy, the Plante administration will spend $200,000 turning the mural into reality.

"The City of Montreal is very proud to be associated with this large-scale mural that will celebrate Riopelle's legacy and launch the celebrations of his centennial. Mural art is an extraordinary way to democratize access to culture and to beautify our city," said Mayor Valérie Plante in a press release.

The mural will be hard to miss even at night, as Tourisme Montréal has created a lighting plan to attract tourists and locals.

"Our major contribution to the illumination [...] is part of our desire to make Montreal a harmonious and attractive destination," said Yves Lalumière, president and CEO of the organization.

The Jean-Paul Riopelle Foundation warmly welcomed the announced mural and the imprint it could leave on Montreal's cultural scene.

The mural's creator is a true fan of Riopelle, which made the news even brighter for the foundation.

"We are particularly pleased that the world-renowned Quebec painter Marc Séguin, for whom Riopelle remains an inexhaustible source of inspiration, has been chosen to create this mural," said Manon Gauthier, general director of the foundation.

"[It will] mark the landscape of the artist's native city for generations to come."

If an election were to be held today, the Conservative Party would win more seats than the Liberals, potentially enabling Pierre Poilievre to become Prime Minister, the latest seat projections from Nanos Research show.

Hockey Quebec says it has lost confidence in Hockey Canada and will not transfer funds to the national organization. The provincial federation confirmed that its board of directors adopted a motion Tuesday night saying it does not believe Hockey Canada's current structure can change hockey culture.

Tom Mulcair: What Legault's win might mean for the future of Canada

François Legault may have changed his separatist strategy but he hasn’t changed his stripes, former NDP leader Tom Mulcair says in an exclusive column on CTVNews.ca.