Chambly trusteeship will end this month 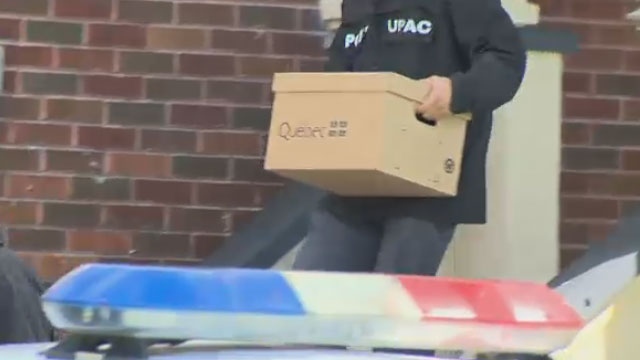 UPAC has performed another raid in connection with the water meter contract.

MONTREAL - City councillors in Chambly will soon regain their independence.

The Quebec government announced on Thursday that the city's trusteeship will end on Nov. 29.

Trustees were appointed to manage the city's affairs in February after UPAC investigators raided the town's administrative buildings.

In 2018, a Radio-Canada investigation reported that the mayor, Denis Lavoie, fostered a toxic climate for city employees. He ruled with an "iron grip," the agency reported. He has since resigned as mayor.

On Thursday, the Commission municipale du Quebec said the trustees had met with elected officials, including the town's new mayor, Alexandra Labbe. On Nov. 29, the city's elected officials will regain their independence, the organization said.

In a letter sent to the mayor, a lawyer for the Commission municipale du Quebec said the situation in Chambly had improved since the beginning of the trusteeship. Officials were more transparent with their activities and city employees' working conditions had improved.