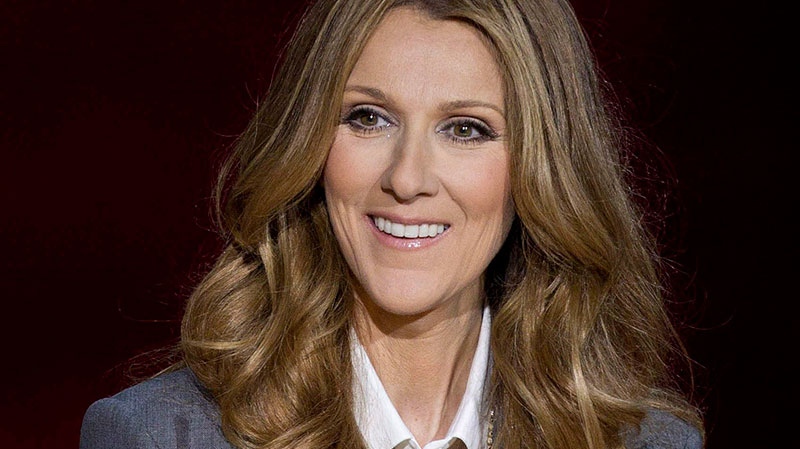 TORONTO -- Twenty-five years ago, English audiences finally caught on to a secret that had previously been whispered mostly in French: Celine Dion.

Just 21 at the time, Dion had already had been pursuing a career in Quebec for nearly a decade. Still, she was hardly a star: she spoke little English, travelled without an entourage and faced the palpable skepticism of those who saw the path to crossover stardom littered with singers whose appeal didn't extend beyond linguistic borders.

That reluctance tended to evaporate fast in the presence of Dion's talent, however. If the decades of Dion domination that followed have rendered her a topic of division or even derision, back then there was only the voice, that titanic instrument.

And those who had a hand in helping her break through scarcely forget where they were the first time they heard it.

"When I first saw her, it was -- to say the least -- a magical moment," 16-time Grammy-winning producer David Foster said in a recent interview.

"All I could see was her and hear her. It was a spectacular moment for me."

It was a Sunday afternoon, recalls Foster, and Dion was singing in a tent about 100 miles outside of Montreal. It was, he strains, "some kind of family gathering? A picnic?"

He doesn't remember. All he remembers is the voice.

"She was up there belting out Top 40 hits, singing words and she didn't even know what she was saying. She didn't speak hardly any English at all at that point," he remembered. "But I was mesmerized. I mean, that's once in a generation. A talent like that.

Even with the newly won support of Foster, at that point Dion was closer to Charlemagne than pop royalty.

British producer Christopher Neil remembers attending a dinner party in 1988 and noticing the Eurovision Song Contest flickering in the background. That year, Dion represented Switzerland (there are no restrictions on the nationality of performers) and sang in a white double-breasted sport coat and a tutu, her hair short but heavy. She won, singing "Ne partez pas sans moi" -- or "Don't leave without me."

Neil didn't. In fact, six weeks later he got a call from a friend at Sony in London about Dion. The friend said he had a French-Canadian singer with a great voice who wanted to make records in English and he wanted Neil's help.

As Neil absorbed the pitch, he had one question.

"'Can she speak English?"' he recalled in a recent telephone interview from England. "He said, 'She's learning. She's not completely fluent.'

"That was always a problem. I was often asked over the years asked to record artists who are huge in their own country but when you actually put them to record in English, they have such a heavy, thick accent that it doesn't really work."

Neil asked to hear Dion sing, and when he did reached an encouraging conclusion: she sang with an American accent.

He flew Dion out weeks later, and she arrived with husband Rene Angelil -- then just her manager -- and associate Vito Luprano. Neil felt at the time that Dion understood more English than she spoke. They were hanging out at a piano bar, and -- as the quartet agreed to work together -- Neil noticed that whenever the pianist played a tune that Dion knew, she couldn't help but quietly sing along, under her breath.

When he eventually got her into the studio, she arrived without an entourage. He had given her a handful of songs to learn back in Canada, so he knew she'd be prepared.

He didn't know how prepared.

"What I normally do, I say to singers: 'Look, we'll just run through it from the top. And don't worry about any glitches, we're monitoring microphones, we're fiddling, so if you hear little pops in your cans -- don't worry about it, because we're just fiddling around."'

In other words, it was a warm-up.

"We run the tape, 'cause it was tape in those days. She started singing and my vocal engineer immediately hit the record button -- it was so good. He hadn't finished his adjustments of the compressers or the EQs, but the minute he heard her singing, he just hit the record button because he didn't want to lose anything.

"It was just breathtaking," he continued. "She'd obviously done her homework. She knew the song inside and out. ... I'll take that with me to the grave.

"We all just looked at each other in the control room and said: 'What just happened?"'

The song in question was "Where Does My Heart Beat Now," Dion's first English-language smash. It would reach the sixth spot on the Canadian chart and actually ascend higher in the U.S., all the way to No. 4.

Robert White Johnson co-wrote the song. He and frequent collaborator Taylor Rhodes had originally envisioned the tune going to pop belter Jennifer Rush ("she was huge in Germany," Johnson points out) but her record was closed by the time they'd finished. The song then floated around for a little while, until -- as Johnson remembers it -- Dion hand-selected it.

"Where Does My Heart Beat Now" is a moody power ballad, buoyed by bolts of glam-metal riffery and a melodramatic if obscure video that looks like it was shot inside a bottle of red wine. There's a long guitar solo and a choir of "na na nas," but Dion is not to be outdone, howling powerfully enough to crack instruments at the dentist offices where the song would eventually reside.

Johnson thinks the song was a perfect fit for Dion: "It was ballady but also had a rock element, so it wasn't shmaltzy. It had grit to it."

"They said, 'Hey, this is probably going to be the first U.S. single,"' recalled Johnson from his home near Nashville. "We all rolled our eyes and said: 'Yeah, sure, we've heard that one before."'

Then a tape arrived.

"We put it in the cassette player in the big studio in town and played it," remembered Johnson, who's written for the Beach Boys, Cheap Trick and Lynyrd Skynyrd. "Everybody's jaws dropped. It was like, oh good lord. This girl can sing. People are going, 'Who is THIS?"'

Those who worked with Dion at the time were unanimously impressed by her demeanour.

Neil has a favourite anecdote surrounding that day in the studio when Dion delivered her devastating first draft of "Where Does My Heart Beat Now." With Angelil and Luprano shooting pool in an adjacent room, Neil summoned everyone -- including Dion -- to listen to one of her first finished takes.

"And she disappeared," he recalled.

Confused, Neil sent an assistant engineer to fetch the singer.

"Celine came in with a tray of tea. She'd made tea for everybody. She was so nervous. The engineer said: 'No Celine, I do that. I make the tea."'

She was touring on a bill with Michael Bolton -- "of course Bolton was huge at that time" -- and was whisking through Nashville for a show at the Starwood Amphitheatre. To mark the occasion, Dion issued backstage invitations to Johnson, his wife, and his then-nine-year-old daughter, Elizabeth.

"I was expecting this huge entourage, just zillions of people," Johnson remembered. "I've been out to Starwood many times ... so I'm familiar with that territory and how chaotic it can be backstage.

"We got there and we were the only three people with her. And what was crazy was Michael Bolton was very fanatical about not wanting anybody backstage -- matter of fact, he didn't even like to run into Celine. So everybody was walking on eggshells. He doesn't want to run into a strange person backstage before he goes to perform."

Still, Dion welcomed Johnson's family into a backstage meeting room and sat with them.

"She runs out the door by herself and comes back and she's got all these different sodas and juices. She wanted to make sure she took care of Elizabeth.

"Then when she found out that our daughter played piano, she got on her knees in front of our daughter, and said: 'Whatever you do, just try your best and don't give up. You can do it.'

"It was really special."

Of course, Dion's life changed rapidly after the record came out in April 1990.

"Where Does My Heart Beat Now" was the album's only single to chart in the U.S., but the album nevertheless went platinum there. It achieved the same feat seven times over in Canada, where "The Last to Know" and "Have a Heart" (the former produced by Neil, the latter by Foster) were also hits.

Those numbers are infinitesimal fractions compared to what she would later achieve. She's the best-selling Canadian artist of all time with more than 200 million albums sold worldwide.

Dion has seven albums or DVDs certified diamond in Canada -- of course not including the "Titanic" soundtrack, which was anchored by her "My Heart Will Go On." That's one of 10 Dion songs to top the Canadian Billboard singles chart. She's won five Grammys, 20 Junos and 43 Felix Awards.

Along the way, she simultaneously became one of pop music's easiest targets -- to some, she's a chest-pounding icon of bad taste, hawking mawkish shmaltz to the masses.

Dion won her first Junos in 1991, picking up female vocalist of the year and album of the year for "Unison." She also performed at the Vancouver gala, though the state of her strained vocal cords was such that she would soon undergo surgery later in 1991.

Blue Rodeo won group of the year that same show, and recalled Dion already being subject to much scrunity.

"There was, even then, so much criticism about her, that she was so dramatic," remembered Blue Rodeo co-frontman Jim Cuddy in a recent interview in Toronto, saying that any interactions he's had with Dion were "perfectly lovely."

"She's a rare talent, but a rare talent that's probably one of the most criticized and often name-checked as -- if you want to make fun of Canadian music, you name-check Celine. I always hated that.

"I've always thought she had one of the greatest voices that Canada has ever produced," he added. "I always remember she was at the Grammys one year and she was performing one of the songs with just a piano. And you could see that her monitor had gone out. But she just reached out, took her monitor off and sang the song in that hall with no monitors. And it was not a flicker on her face of 'somebody's going to get it.' Just, 'Yep, gotta do this, take it out.'

"And she performed so beautifully."

Neil's professional relationship with Dion continued for years, and he only saw the criticism escalate.

"It became fashionable to knock her," Neil lamented. "But you can't deny the figures. The millions of records that she sold globally. All those people don't care if it's fashionable or not, they just loved her."

Foster remained a prominent presence in the singer's career too, helming such Dion canon as "Because You Loved Me," "To Love You More," "All By Myself" and "The Power of Love" (which had previously been recorded by the aforementioned Rush).

It is, thus, tough to pick favourites. But the Victoria native once nicknamed by Rolling Stone the "master (of) bombastic pop kitsch" has a flair for the dramatic.

So, when asked how Dion stacks to the greats, he doesn't hesitate.

"This is my opinion," he said. "For my taste, she's the best singer I've ever worked with."