Call of the Wilde: Therrien's Foxhole 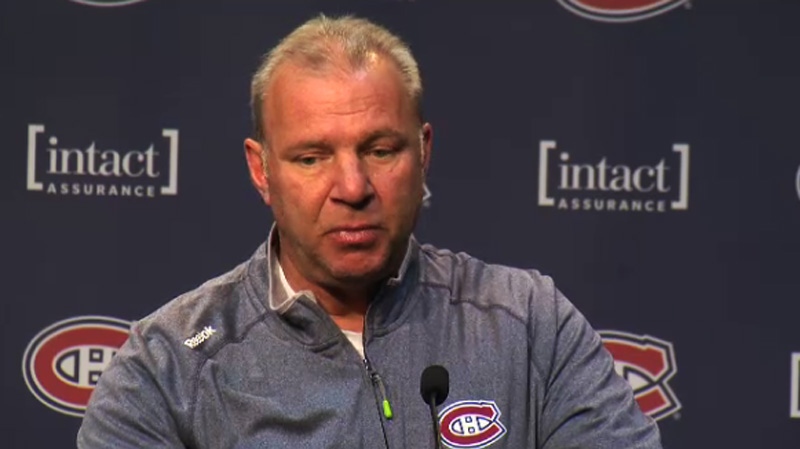 Why is Michel Therrien still coaching the Canadiens?

Canadiens GM Marc Bergevin is proud of his foxhole hunkered down with Michel Therrien, but he should instead stand for accountability.

Therrien should not still be head coach of the Montreal Canadiens.

The Habs, with only six points in December, seven points in January and only minor relief in February, are in part struggling because of poor coaching.

There are other factors. The Habs with their worst stretch in franchise history since 1940 are also losing because their MVP goaltender Carey Price is injured, and because they’ve had an abysmal shooting percentage since the MVP went down.

But you can’t discount the coach’s role in the Habs failings.

Allow me to make a facts-based, non-emotional argument proving Therrien should be relieved of his duties:

That's a long list of mistakes in two months. Players can often win despite a coach's ineptitude, but a coach can also make a difference with good in-game bench management, good player usage, good line combinations and a good system.

Instead of getting the best from his players, Therrien introduces instability into this group that has much more talent than many other clubs who are higher in the standings.

Look at New Jersey's lineup. Look at Carolina's lineup. Both teams have significantly less talent than the Habs. Look at Pittsburgh’s radical improvement after their coaching change.

Look at the Habs lineup. They're essentially two forwards away from what should be outstanding results—if they have a coach who gets the most from his talent by using them at the right time with the right people and then manages well in game.

Forwards that are paid to score goals but don't play a perfect 200-foot game come to Therrien to be mismanaged. Bergevin brings them in for Therrien to bench.

Which UFA is going to be clamouring to come to Montreal to be made to submit, to watch his numbers flag and his earning power diminish? There isn't one forward who has already come to Montreal known more for offence than defence who hasn't been put in the dog house. Bergevin needs to find someone competent to coach the Canadiens

Admittedly, Bergevin has done a horrendous job of bringing in even one top-six forward in four years, but by the same token no one comes here to surprise either; they come here to be benched and then, perhaps like P.A. Parenteau, have a bit of a resurgence somewhere else (he has 13 goals and 14 assists in Toronto this season).

Even if Therrien is allowed to stay and can lead this club to some future success, he will do it with the same litany of mistakes. These in-game errors and usage mistakes will eventually, and always, cost this strong core group a chance to drink from the Stanley Cup. Their window of opportunity is closing with no help to their line-up and no coaching to aid the cause.

Minnesota head coach Mike Yeo said after a loss to Boston Saturday that he was a realist. He expected after stringing so many losses together that there would be change. He was fired three hours later.

Yeo's record was 12 and 21 since December 1 while Therrien's is 9 and 23. One was fired. The other is in a safe foxhole with his friend Marc, but Marc should know that he doesn't answer to Therrien. He answers to the crest.