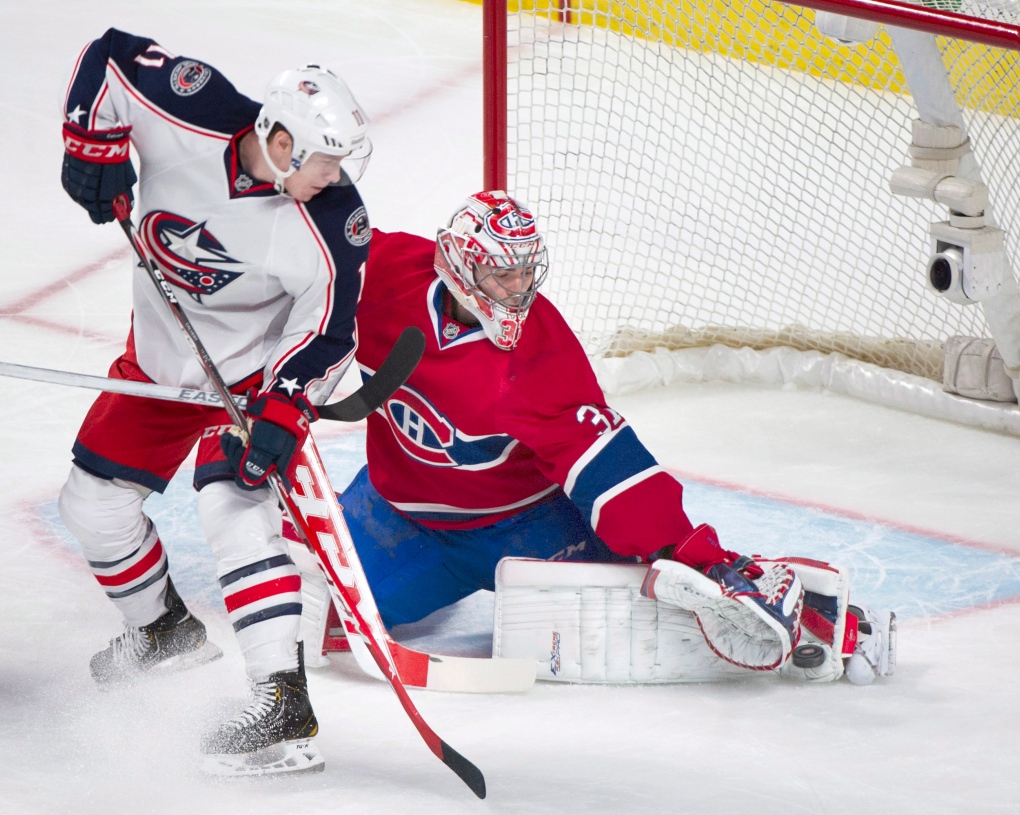 - Carey Price very much in Olympic form. Cutting down the angle and meeting any direct shots with great confidence. Reading the play with all the experience he now has. Lightning quick. Didn't look injured or tentative. A real puck shark. Love too how Price slows down the game when he needs too by catching on his glove side and putting it into the mesh on his blocker side. Feels like he even finds the winger on the half wall for a rebound-slash-breakout. Price was unbelievably good and he still lost.

- Alex Galchenyuk is getting some powerplay time and using it well. I've been saying that his development is getting slowed down by the lack of responsibility given to him. In the first period he got on the first wave and showed poise and a comfort level to let him do it again. When Pacioretty was in the box for fighting he had a turn with Desharnais and Vanek and had an excellent shift. Galchenyuk is developing consistently without regression or stagnation. Can't say that for Yakupov. Seems the Habs got the right guy in that weak draft year.

- The penalty kill. This one looked lost when Plekanec took 4 minutes but Eller stood out, so did Weaver and Emelin. They seemed to have their best hustle when on the kill. 7-for-7 on the night and 16-for-16 in the last five.

- Vanek, because you need goals too to win. You can't just defend all night. Vanek scored. It is what he does.

- I really feel like most of the team should be in here. The forwards were cheating all night. The gap the Habs had between D and F was wide. The D had to connect in 60-foot passes to keep possession. It was the letdown game after four strong and solid games. It happens. And because of a goalie they didn't have to answer the hard questions about what energy they weren't bringing. As Pierre McGuire likes to say hockey should be called goalie.

- The big goat though could not be clearer though, obviously. Jarred Tinordi with a very poorly chosen pass and then no skating speed to get back in to make the stop. And there's your game. A just result for the Jackets. They were always the better team. The longer a game goes, the lower the chance that the goalie can steal it for you. This one was two and a half minutes too long.

- I have a pet peeve. I call it the little guy rule. Watch for it. You will see I am correct. Haul down a little guy and he will almost never draw a penalty. Haul down a big guy and it will almost always be called. Refs seem to believe whenever a giant is brought down it must be a penalty but a little guy always goes down only because he's little. Thanks for your time. I needed to get that off my chest.

- A really special moment after the game I want to share with you. Tinordi was taking his equipment off and there was a lull after Gionta finished. Price saw the media mass was going to converge on Tinordi about the late-game error. Price says "I'm ready. I'm ready." He still had his equipment on but he wanted to save his mate from the interview. It worked. We all converged on Price. I was just happy to watch it play out. Some moments are more than a clip so I let Tinordi leave and he did. Price watched him go and then answered the large scrum. The only player in the room, then to Tinordi's great credit he returned to face tough questions about his gaffe. After Tinordi was finished I returned to Carey, still wrapping up with Ron Reusch. I said to Price, "I saw what you did there, trying to save Jarred." He simply acknowledged I was right, that he protected his mate but like Carey he said nothing more, never looking for praise. I followed with, "If only the rest of the world supported each other like players and teammates in a locker room stand by each other." Carey responded, "It would be one hell of an amazing world." That's your goalie everyone. That's a man's man. That's a character person. That's someone to look at and admire and that has nothing to do with stopping a puck. 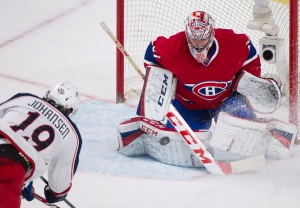 Carey Price stopped 40 shots but it wasn't enough for a win Thursday night.