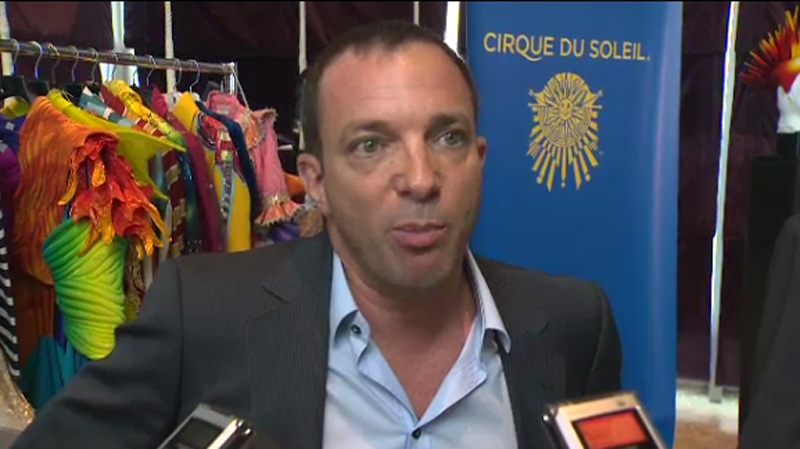 Montreal businessman Mitch Garber called for Quebec's francophone and anglophone communities to expand their horizons and put an end to the "two solitudes" that has divided them for nearly 40 years.

"The refusal of some members of my Jewish and anglophone community to learn and live in French is embarrassing," he said in a bilingual speech Monday to the Canadian Club of Montreal.

The Cirque du Soleil chairman and CEO of Caesars Acquisition Company also said that francophone Quebecers shouldn't only limit themselves to speaking the language of Moliere.

Garber, 52, said former premier Rene Levesque was correct to make French the predominant language of Quebec. But that doesn't mean that francophones shouldn't also learn the language of Shakespeare.

"The failure on the French side to see the global and cultural benefits for their children to speak at least two languages -- including the world's working, business and Internet language -- is paralyzing the potential of generations of French Canadians," he said.

Criticizing Quebec's high level of student dropouts, Garber said business concepts need to be taught in elementary grades for the success of business people to be valued.

"If it's important for our children to know (Habs goalie) Carey Price's statistics, we should also tell them who is Alain Bouchard," he said, referring to the founder of Alimentation Couche-Tard (TSX:ATD.B), whose convenience store chain is worth $50 billion.

Garber also criticized the opposition Parti Quebecois and the Coalition for Quebec's Future for their rhetoric following the sales of home renovation company Rona to U.S. retailer Lowe's, and the St-Hubert restaurant and food-manufacturing business to Ontario's Cara Operations Ltd. (TSX:CAO)

In a free market it's normal that companies are sometimes sold to foreigners, just as some Quebec companies expand through foreign acquisitions, he said.