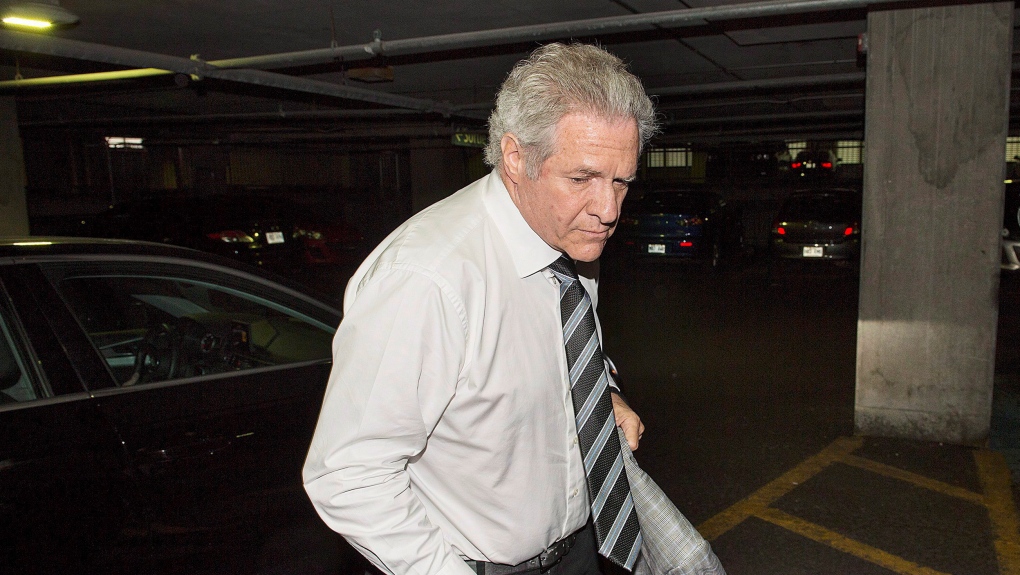 A former Quebec construction magnate found guilty of participating in a Montreal-area municipal fraud scheme has been granted bail pending his appeal of both his conviction and sentence. Businessman Tony Accurso arrives at the courthouse for sentencing in Laval, Que., Thursday, July 5, 2018.THE CANADIAN PRESS/Graham Hughes

Former construction magnate Tony Accurso has been freed on bail while he appeals a conviction that comes with a four-year prison sentence.

Accurso was sentenced in 2018 on fraud charges for his role in running a graft system that favoured a closed group of entrepreneurs, directed by Laval's former mayor Gilles Vaillancourt.
At the time, a Quebec court judge called it one of the worst examples of municipal corruption to come before a Canadian court.

Accurso's legal team appealed the conviction and sentence, but last month the Court of Appeal rejected their argument, upholding his sentence. He was ordered to report to prison by June 1.

Court of Appeal Justice Manon Savard concluded, however, it would not harm public trust in the justice system if Accurso remained free during his appeal to the Supreme Court of Canada.

Accurso would be eligible for release after serving one-sixth of this sentence -- eight months -- which she says would likely occur before the Supreme Court hears his case.

The former owner of Louisbourg Construction, Accurso was one of the central figures in the Charbonneau Commission into corruption in the construction industry.