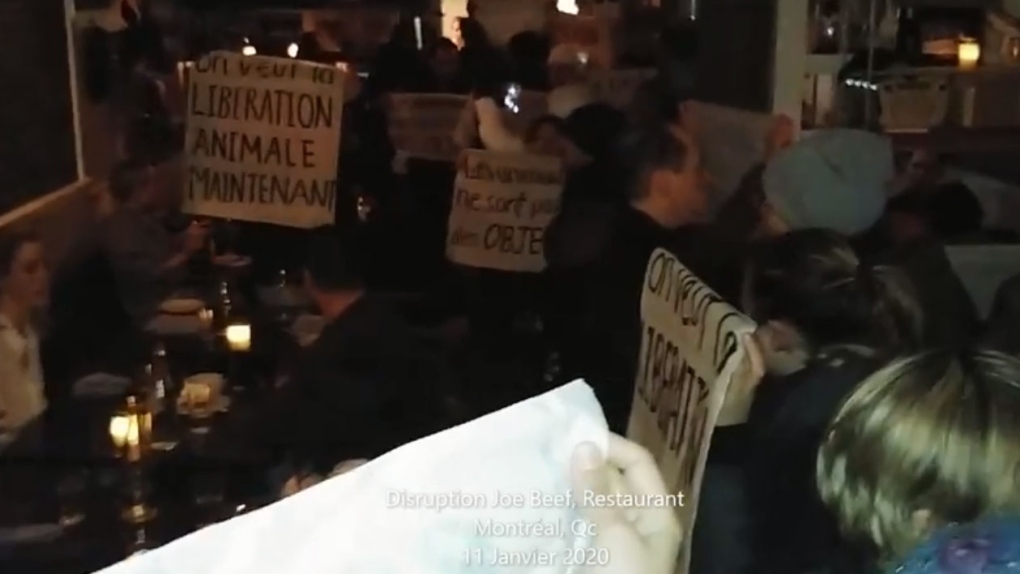 In a video posted to Facebook by Gabriel Prince, who claimed to be a member of animal rights activism group Direct Action Everywhere, the group can be seen entering Joe Beef carrying signs.

“We are here to today to denounce cruel and unjust violence against animal victims,” said one of the group’s members. “There is no moral or ethical justification to patronize the killing and exploitation of 2 trillion animals this year alone.”

The group then chanted that food made from animals “isn’t food, it’s violence.”

Joe Beef staff members can be seen in the video escorting the group out of the restaurant.

The protesters then stood outside with their signs and continued their chanting before dispersing.

"It's not that bad," McMillan said. "It surprised the customers, but we then bought them a round of sparkling wine."

"Inside the restaurant, it's a bit much, but they have the right" McMillan added. "I just think it's a little weird as a target when we work with Quebec producers and there are McDonald's everywhere."