A bearded seal is the Montreal area's latest unusual visitor 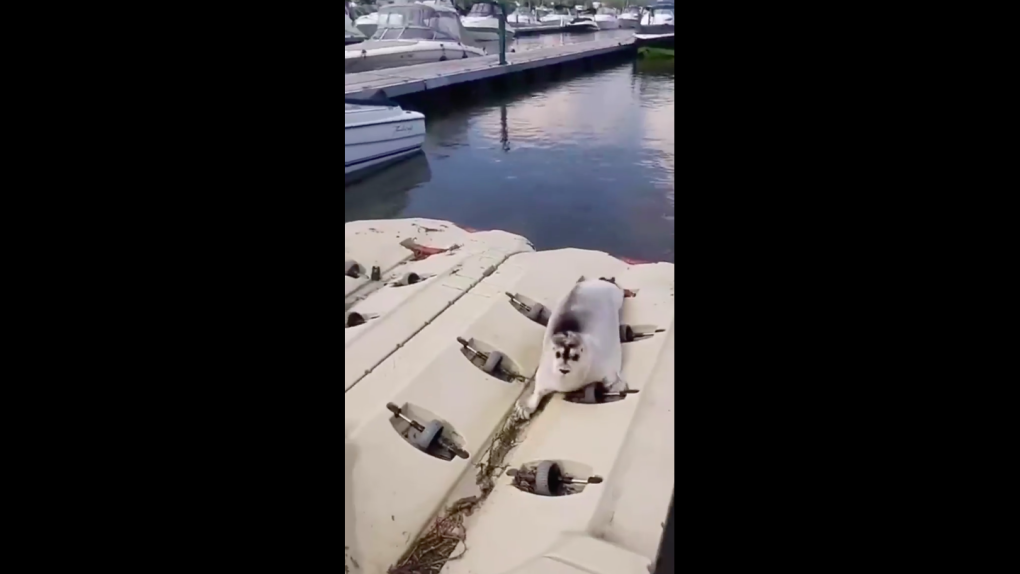 A bearded seal is the latest marine mammal to be spotted in the St-Lawrence River. / Spotted STM

MONTREAL -- Just a few weeks after the death of the stray humpback whale who enchanted Montrealers, a bearded seal has made its way to the area.

Originally from the arctic, the mammal was spotted Tuesday at the Bo-Bi-No marina in Laval, the city directly north of Montreal.

“We see them every year in Trois-Rivières but in Montreal, not for this species,” said Marie-Ève Muller from the province’s marine mammal research group (GREMM). “This is the first time.”

The seal’s presence could be explained by a sickness that affects its orientation, but that isn’t always the case.

The seal was seen playfully popping its head in and out of the water before it climbed onto a dock, likely to take a nap.

Officials aren’t worried about the seal’s ability to head back home when it decides it’s time.

“Usually, that’s what we see with seals,” Muller said.

However, in order for the seal to recharge, it needs to be left alone, Muller added.

“He needs space to get his strength back to swim back to his natural habitat,” she said. “He has a good swim ahead of him.”

Seals are also wild, unpredictable animals that may attack if they feel threatened, and they can also transmit diseases to dogs.

“Someone who’s well-intentioned who tries to approach the animal might find themselves in a bad situation,” Muller said.