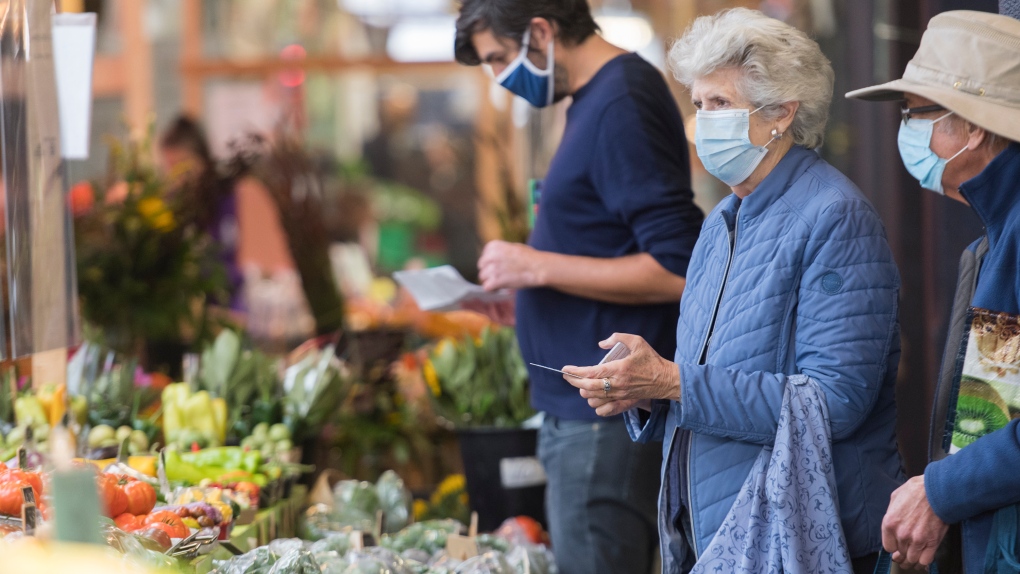 MONTREAL -- For the fourth day in a row, Quebec reported more than 200 new cases of COVID-19 over a 24-hour period.

Quebec health authorities announced 276 new cases of COVID-19 on Monday, bringing the total number of cases in the province since the start of the pandemic to 65,262.

No new deaths related to the disease occurred over the past 24 hours, leaving the provincial total death count to where it stood on Sunday at 5,780.

Montreal reported 39 new cases of COVID-19 on Monday, bringing the city to a total of 30,475. The state of emergency was renewed on the island on Monday after 350 new cases of the disease were recorded last week.

Quebec City -- one of the areas in the "early warning" stage on Quebec's new regional alert system -- reported 60 new cases of the disease on Monday, for a total of 2,564.

Hospitalizations remained stable from Sunday to Monday, with 124 patients receiving care in Quebec hospitals. Of them, 19 are in the intensive care ward, which is the same number as the one reported on Sunday.

As of Monday, 57,428 people are confirmed recovered from the disease, which is an increase of 160 from the number reported on Sunday.

Students in Quebec schools can, as of Monday, participate in sports and arts activities outside of their classroom "bubbles" with up to two other groups. Premier Francois Legault said at the end of August that Quebec would be able to move forward with this phase of its back-to-school plan as long as the COVID-19 situation in the province remained stable.