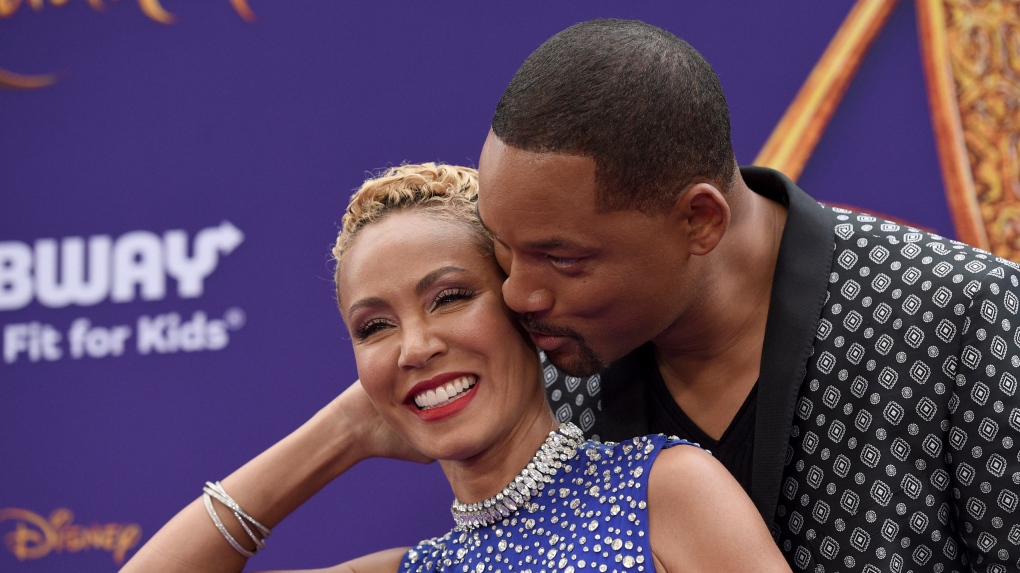 In this May 21, 2019 file photo, Will Smith, right, kisses Jada Pinkett Smith as they arrive at the premiere of "Aladdin" at the El Capitan Theatre in Los Angeles. (Photo by Chris Pizzello/Invision/AP, File)

MONTREAL -- It is one of the more curious concert announcements in recent months: Hollywood power couple Will Smith and Jada Pinkett Smith are bringing a world tour called World Tour to Montreal.

If we are dwelling on the name, it's because that's just about the most concrete information we've been been able to glean so far about the event.

Here's what we know:

So now you know as much as we do about World Tour. Venue, lineup and ticket information for the tour are expected to be announced soon.