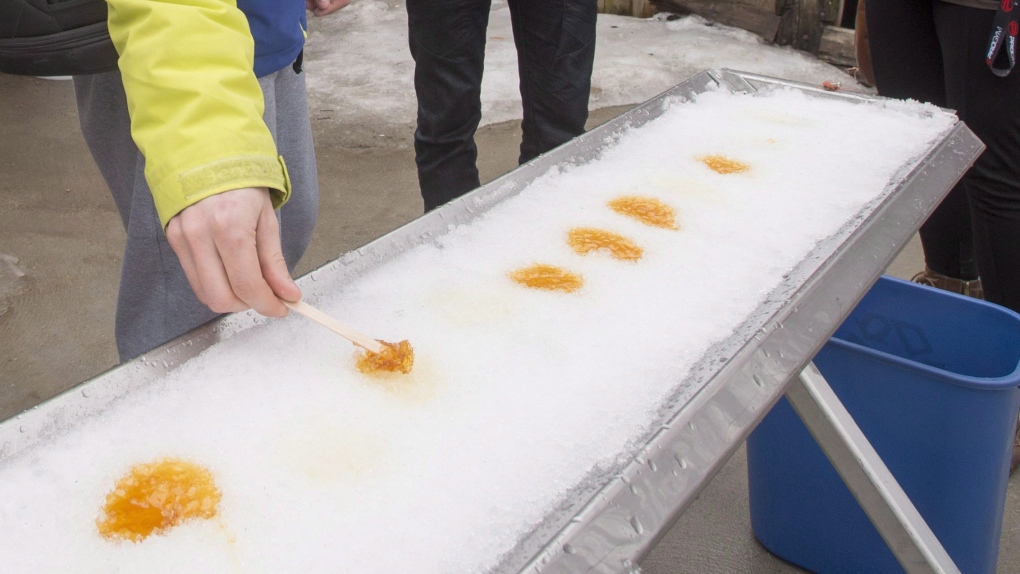 As the sugaring-off season begins, thousands of Quebecers will head to a cabane a sucre, or sugar shack, for a traditional heavy meal drenched in sweet syrup.

Only now, more and more sugar shacks are offering pork rinds without pork, maple baked beans without lard and other vegetarian and vegan options to meet the increasing demand for meatless meals.

Patrick Noel, the owner of Sucrerie du Domaine, said he had little time for a phone interview. "After 10 o'clock, it's madness," he said Saturday morning.

It's the first year Noel's sugar shack north of Montreal has offered a vegan menu, and he said the numbers look promising so far.

"It's looking like a good season, and the cabane is almost reserved to capacity until the end of the sugar season," he said.

Noel said his reservations are up 30 per cent over last year, which he believes is at least partly due to menu items such as tourtiere -- a traditional meat pie -- made with mushrooms and lentils, and a vegan version of cretons -- a pork spread usually served on toast.

He said the demand for the new menu came mostly from his regular clients, who are happy to eat meat themselves but want to bring more friends along.

"The customers who really like our meat told us that instead of being a group of 20 people, they would be 26 if we had a vegan menu, so we adapted," he said.

"We're a hyper-carnivorous sugar shack, so it's a bit of culinary bipolarness," he said with a laugh.

In the Monteregie region southeast of Montreal, the co-owner of the Handfield sugar shack said he's seen a 30 to 40 per cent increase in customers since he brought in a meatless menu.

"There's no lard in our baked beans, and I challenge anyone to tell the difference," Louis-Robert Handfield said in a phone interview.

Handfield said the menu is most popular with 25- to 40-year olds, many of whom otherwise wouldn't visit a sugar shack.

Carole Bouthillette, co-owner of La Pause Sylvestre, sees herself as the pioneer of the vegetarian and vegan sugar shack movement.

Her rustic log cabin in the Estrie region has been making tourtiere with millet and pulses for almost 20 years -- long before the current craze began.

"I don't understand why it's reached this level, but for us it doesn't change anything, we've always been full," she said.

"We get more phone calls, but we don't have any more places," said Bouthillette, who said she has no plans to expand her business.

But while more and more sugar shack owners are reconsidering the culinary traditions of the sugaring-off period, one thing is unlikely to change: expect the food, whether it's pork or lentil-based, to come drenched in plenty of maple syrup.