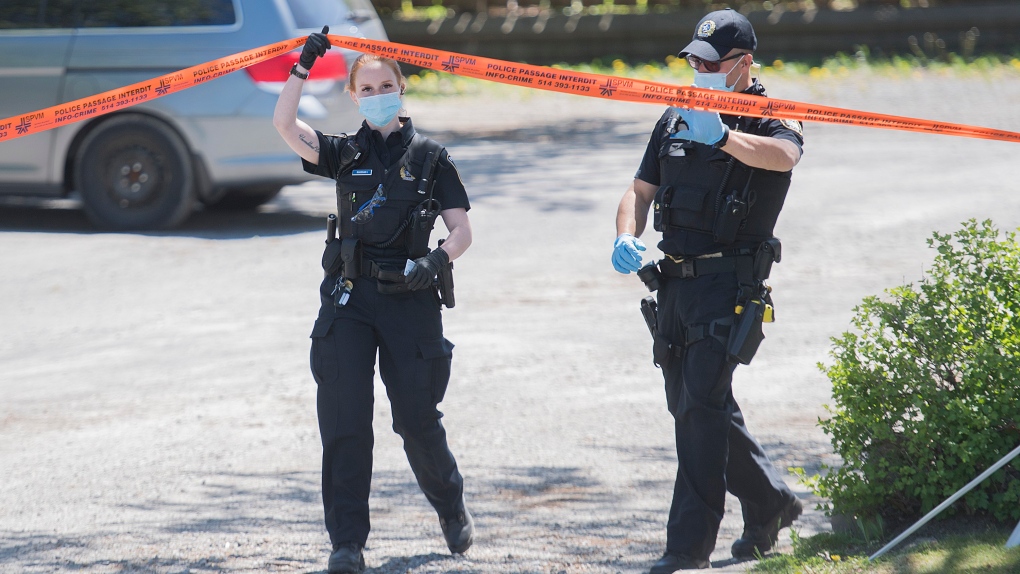 Police are shown at the scene where two bodies were discovered in the east end of Montreal, Saturday, May 23, 2020, as the COVID-19 pandemic continues in Canada and around the world. THE CANADIAN PRESS/Graham Hughes

MONTREAL -- Montreal police say major crimes detectives have been dispatched to an east-end home where the bodies of two people have been found.

Const. Julien Levesque says a call came in about 10 a.m. for police to go to a private home in the Riviere-des-Prairies-Pointe-aux-Trembles district on Saturday morning.

Police say a man, 57, and a woman, 53, were found near the home and their deaths were confirmed at scene by paramedics.

Levesque says both deaths are considered "suspicious" and police are investigating the circumstances.

This report from the Canadian Press was first published May 23, 2020.