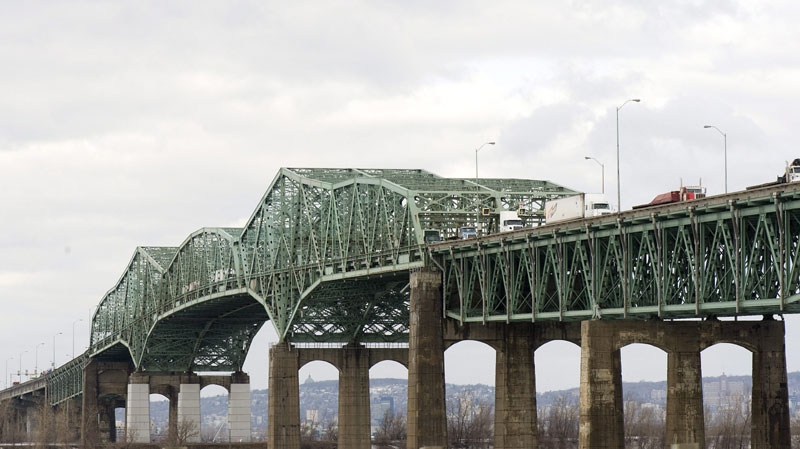 Two construction workers were injured Friday morning while working on the Champlain Bridge.

A piece of the equipment they were using fell, hitting one man on the arm and the other in the head.

Both men were stabilized on the scene then taken to hospital.

The men were working underneath the bridge, but the Surete du Quebec could not say what type of equipment fell or why it happened.

The investigation has since been transferred to the Workplace Safety Board (CSST).

Because the accident happened below the bridge deck, traffic was not affected.