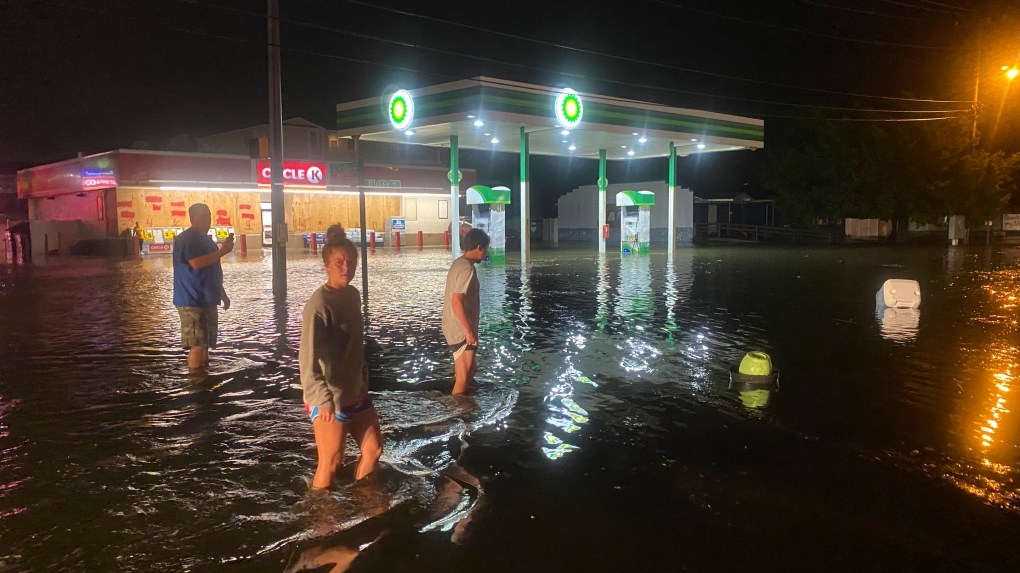 MONTREAL -- Environment Canada predicts that Hurricane Isaias, which became a tropical storm in the United States, will bring strong winds and rain to certain Quebec regions Tuesday night and Wednesday.

The storm hit Wilmington, North Carolina Tuesday morning with winds as high as 130 kilometres per hour.

Environment Canada’s Hurricane Centre predicted Tuesday morning that Isaias, now downgraded to a post-tropical storm, would pass through the Eastern Townships in the evening and reach the Quebec City area on Wednesday morning.

The storm is expected to continue its course northeast before ending in Labrador Thursday morning.

Nearly 50 millimetres of rain were forecast in a short period for the entire course of the storm in Quebec. Environment Canada said on Tuesday that torrential rains could cause flash floods and water accumulation on roads.

Isaias caused tornadoes and heavy rains along the east coast of the United States on Tuesday, after turning into a hurricane in North Carolina. It destroyed boats and caused floods and fires that displaced dozens of people. At least one person died when a tornado hit a trailer park.

Twelve hours after hitting land, Isaias was still causing winds of up to 110 km/h Tuesday morning and advancing at a speed of 56 km/h.

“Life-threatening urban flooding is possible Tuesday in Washington, Baltimore, and elsewhere along the I-95 freeway corridor and just west,” the National Hurricane Center warned.